Easy for Game in PWC 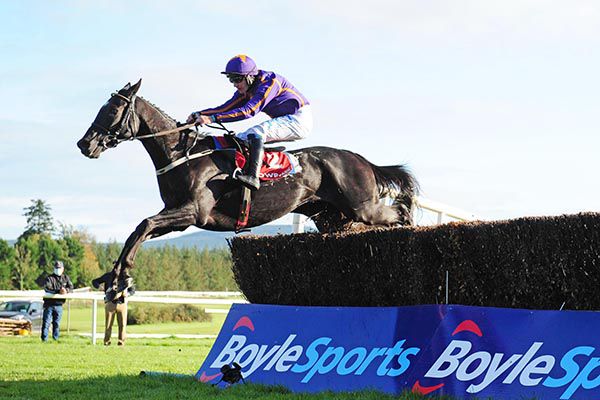 Easy Game dictated from the front to run out a cosy winner of the PWC Champion Chase at Gowran Park this afternoon.

Willie Mullins' charge, who was second to stable-mate Faugheen in Grade 1 company as a novice last season, went to post the 11/10 favourite for the Grade 2 contest.

Paul Townend bounced out in front on the French-bred in the two-and-a-half mile contest and had his rivals at work when making a slight mistake two from home.

The six-year-old stayed on strongly from the last to record a seven-length success over The Storyteller.

There were only four finishers with Hardline crashing out at the penultimate fence.

“Paul was allowed to dictate and he made use of that,” said Mullins.

“The horse jumped fantastic, he made one major error and one minor error. He loved the ground.

“It good that Gowran were able to put on two days with good prize-money in this current climate.

“I have to thank today's sponsors PWC and the EBF for putting on two fillies races yesterday with almost €20,000 to the winner.

“We could look at the John Durkan and the Clonmel Oil with the winner while the second season chase in Down Royal might be the best option.”