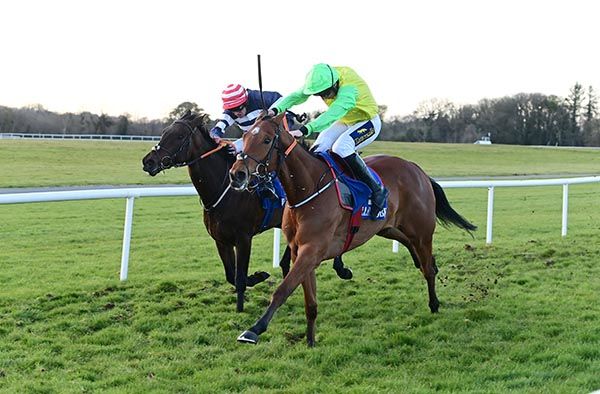 Gordon Elliott completed a double today at Ballinrobe with The Last Mardi (100/30) in the concluding Connacht Tribune INH Bumper, as the trainer prepares to run seven horses in tomorrow's Aintree Grand National.

Elliott's Hollymount won Ballinrobe's opener and in the finale, The Last Mardi battled gamely under jockey Jamie Codd when scoring a head win over Ahead Of The Posse.

The Last Mardi had previously finished runner-up on debut at Thurles last month and following today's success, Elliott's assistant Ian Amond said “he’s a grand horse. He travelled into it well, looked in trouble for a bit but got there when it mattered.

“It’s great for Sheila O’Ryan who bred him and it’s nice to get a double on the day.”