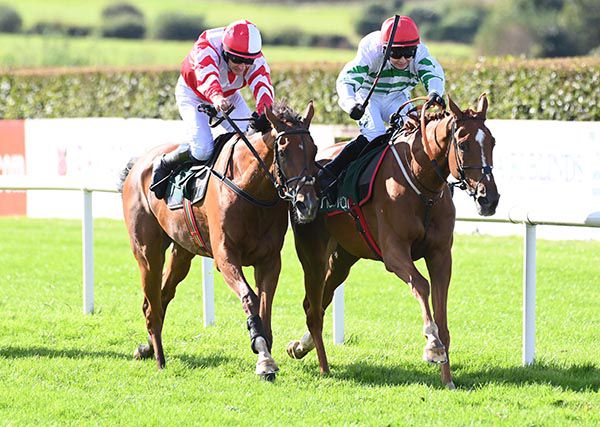 Gordon Elliott recorded a treble at Navan today, as his Tullybeg battled well to win the BarOneRacing.com Hurdle under jockey Jordan Gainford.

The son of Sholokhov moved to challenge Edison Kent early in the home straight, led narrowly on the run-in and stayed on gamely for a half length win.

Elliott, who recorded a six-timer at today's local venue on Troytown Chase Day in November 2016, said “that's brilliant, the horses are running well. I thought after the last this horse could have got out-battled but in fairness to him he stuck his head out and battled.

“We probably won't jump a fence with him this year because he lost his confidence that day in Punchestown. We'll just tip away and see where we go.”

Elliott, earlier successful with Weseekhimhere and Chemical Energy under returning-from-injury jockeys Jack Kennedy and Davy Russell respectively, added “it's great for Noel and Valerie (Moran, owners) to get a winner at their local track and they sponsor Jordan so it's great for him to get a winner with the breeches - it's his first week wearing them.

“All the jockeys are working hard and we've got to give everyone a chance. They are all part of the one team and it's great.”