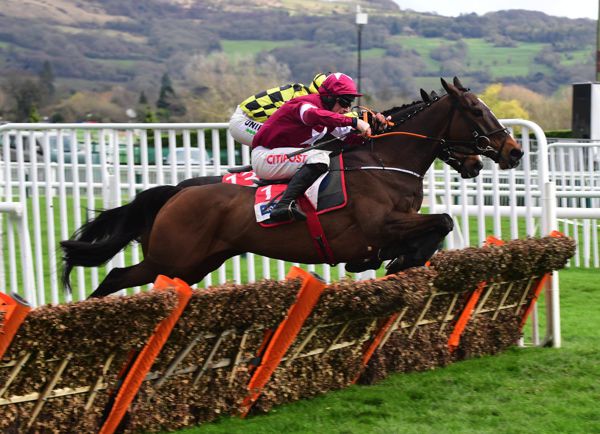 After saddling Vina Ardanza to win the 4-year-old maiden hurdle at Thurles this afternoon, trainer Gordon Elliott outlined his likely runners for the three Grade 1 events at Fairyhouse on Sunday

"Abacadabras (who missed his intended reappearance in the Morgiana Hurdle) runs in the Hatton's Grace and is in good form. Obviously the mare (Honeysuckle) will be hard to beat and I'm not sure about Sire De Berlais yet.

"Three Stripe Life and Mighty Potter both run (in the Royal Bond Novices' Hurdle) and are in good form and I'm very happy with them.

"In the Drinmore, Fury Road runs along with Grand Paradis. Fury Road will come on an awful lot from Fairyhouse (second to Gabynako) the last day, when he blew up badly going to the second last. He has come on well.

"Grand Paradis did the same, he was having a blow when he fell at the second last in Down Royal. In fairness he had jumped brilliantly the whole way and didn't do anything wrong but skidded out on his belly.

"He schooled around Punchestown last week and jumped very well and he'll come on from it. Both my Drinmore horses will improve from their first runs and whether or not that'll be good enough I don't know yet."