Epatante in good shape ahead of weekend return 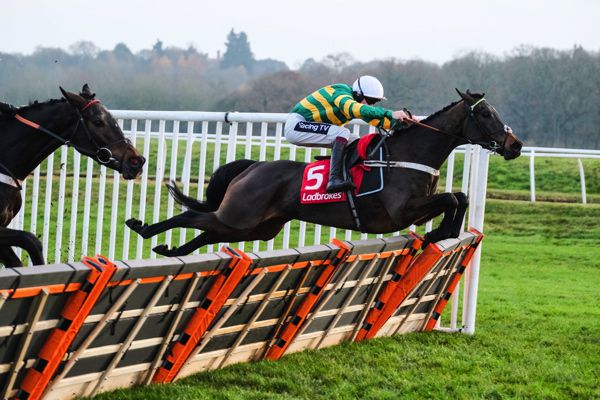 Nicky Henderson is looking forward to taking the wraps off Epatante in the Betfair Fighting Fifth Hurdle at Newcastle on Saturday.

The Seven Barrows trainer felt the 2020 Champion Hurdle winner was below her best after lifting this prize 12 months ago.

However, the seven-year-old has been giving him the right signs since having back surgery during the summer.

“We’re all set to go. We’ve been very happy. Her work’s been good, she had a nice away day at Newbury last week. She enjoyed it and worked very well,” Henderson told Sky Sports Racing.

“I think she’s in good form but I’ve got to say she was impressive beating Sceau Royal last year and he was impressive at Wincanton the other day, so I don’t think it’s going to be as straight forward this time.

“The one thing she was doing there last year was her jumping. She has always been very slick, very quick and accurate. After that, and from Kempton onwards, that was missing and consequently she has had some back surgery during the summer and we just tried to tinker with a few things as you would do if you felt things had gone wrong.”

Henderson went on: “You can’t think she was at her best at Kempton in the Christmas Hurdle which is normally her sort of race, ground and track. And then at Cheltenham (in the Champion Hurdle), she ran her race to a degree but Honeysuckle was far too good for her.

“Honeysuckle is very good but you can’t help but feel we were sub par, so we’ll try to get back to that and the first part of it is to go to the Fighting Fifth.

“Hopefully, that will take us to the Christmas Hurdle and then you have to start worrying about Honeysuckle again.”

Jonbon, a full brother to multiple Grade On winner Douvan, makes his eagerly-awaited debut over the smaller obstacles in the Play Ladbrokes 5-A-Side On Football ‘National Hunt’ Maiden Hurdle on Friday.

A point-to-point winner, the five-year-old won a bumper at Newbury in March and had a solo spin there last week.

“He’s unaware of this pressure but I don’t quite know how it’s got to this stage,” said Henderson.

“This is a horse that has won a point-to-to point and a bumper and seems to be getting the headlines for all the wrong reasons, but we took him to Newbury the other day. He got a bit warm because we had to wait a bit but it did him good. We let him do a solo spin round Newbury.

“When he won at Newbury racing was under Covid restrictions, so there were probably more people there on the press day than the day he won his bumper.

“Unfortunately his race was scheduled to be the first race but has been moved to the third as I think they want him on television which puts more pressure on him, on me and everybody else.”

Henderson is looking forward to giving Kincardine his jumping debut in the Watch Racing Free Online At Ladbrokes Novices’ Hurdle on the same card.

The four-year-old, owned and bred by The Queen, won a Southwell bumper in May on his only start so far.

“I like him a lot. I did take him out of Ascot last Friday. I just thought the ground was a bit quick underneath. I’m fairly confident it’ll be all right,” he said.

“It looks quite a good race, it’s competitive. He’s a lovely big Kayf Tara horse. He’s a home-bred of The Queen’s and he’s one of the nicest we’ve had for a very long time from the Royal studs. He needs minding a little bit but he is a lovely, big horse.”