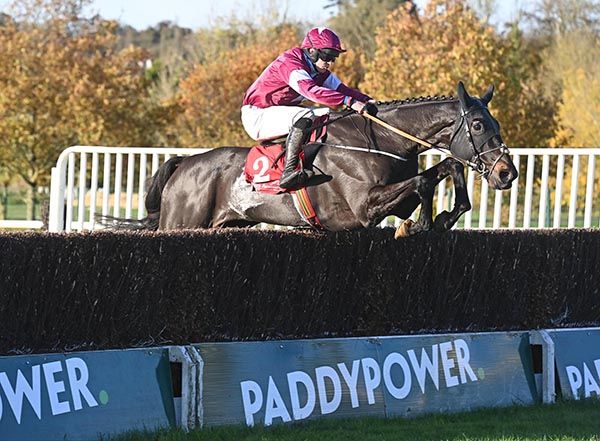 Epson Du Houx was ready winner in Cork to bring up an across-the-card treble for Henry de Bromhead.

He was always to the fore but faced a challenge from Golden Jewel at the third last.

The 7/1 shot was ridden to get the better of his rival before the last and kept on nicely to take the honours by four lengths.

Golden Jewel (7/2) passed the post second and was the same distance in front of Halsafari (4/1).

Assistant trainer Davy Roche said: "He was really good and Shane (Fitzgerald) gave him a savage spin and he jumped savage for him.

"I'm surprised he won first time out and he could now go for those good handicaps. To win first time out, he is probably after improving a bit and he is a lovely big horse who loves jumping."