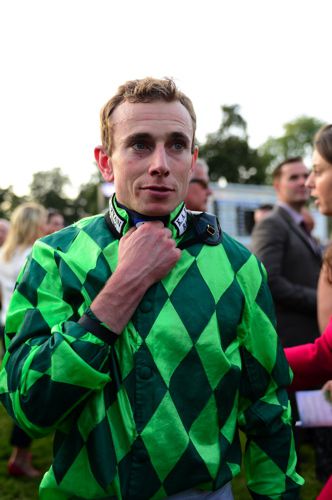 Ryan Moore was amongst the winners at Doncaster
© Photo Healy Racing
Equilateral gained a first victory of the season in the DC Training And Development Services Scarbrough Stakes at Doncaster.

There is no doubting Charlie Hills’ sprinter possesses plenty of ability, but he has been finding it hard to get his head in front of late.

Having run well in the King’s Stand at Royal Ascot he then went to Ireland where he ran no sort of race behind Sofia.

Given time to get over those exertions, together with the fact he always runs well fresh, he was sent off a 9-4 chance and while victory did not look likely with a furlong to run, he quickened up to beat Queens Gift by a head.

Ryan Moore was on board and said: “I thought we were going to win a bit easier than we did.

“He picked up well and has plenty of ability. He may have slightly needed this race, as he was bit buzzy. He got beat by a very good filly earlier in the season (Mabs Cross) and he’ll win his Group race.”

Only three went to post for the opening British Stallion Studs EBF Conditions Stakes — but it produced plenty of drama.

Stewards’ Cup winner Khaadem won the race 12 months ago and Charlie Appleby’s Lazuli appeared every inch a horse of similar potential when cruising to the front.

However, he began to pull himself up and allowed Misty Grey and Moore another chance, which ultimately failed by just a nose.

Winning rider William Buick said of the 1-3 favourite: “He just began to pull up and it was too late to start whacking him about as he was trying his best. When the other horse came he went again.

“He’s a lovely horse who travels very well. They run into a bit of a dead end here and he just stopped a little bit.”

Richard Fahey’s Bravo Faisal (10-1) made up for an unlucky experience at Newcastle on Friday when winning the Pepsi Max Nursery Handicap.

A strong race for the grade, Hugo Palmer’s Hariboux was in search of a quick hat-trick but could not quite reel in the Paul Hanagan-ridden winner and went down by half a length off top weight.

“He was a bit unfortunate the other night so this makes up for it,” said Fahey.

“That was a good race and he’s obviously improving with racing.”

Sent off a 16-1 chance having his first run of the season, he was last spotted finishing third in a French Group One.

Settled in the rear by Oisin Murphy, stepping in for the injured Silvestre de Sousa, he showed a nice turn of foot to win by two lengths.

“King Power have some beautiful horses and this is one of them, but unfortunately he hadn’t been out yet this season,” said Murphy.

“He travelled so well, I just needed a bit of luck at the business end. I’m pretty excited about him, he’s still got to fill his frame. He’ll make a lovely four-year-old.”