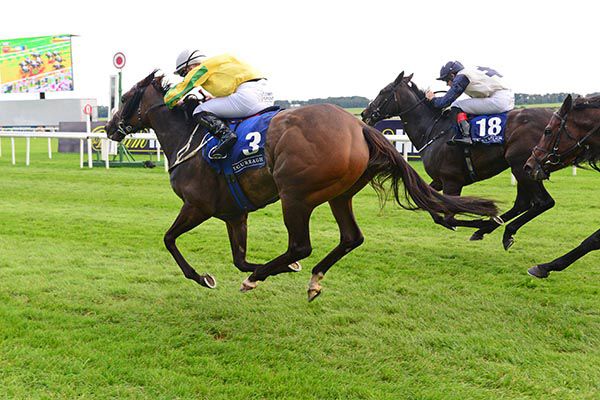 Ger Lyons' Sh Boom was produced in the closing stages to annex the seven-furlong handicap at the Curragh.

The five-year-old mare got plenty of cover early on under Sam Ewing, but began her move racing to the final furlong.

She swept through to the lead in the final 150 yards but was soon strongly pressed by Windsor Pass who rocketed home under Conor Hoban.

Assistant trainer Shane Lyons said: “That’s all about Sam. The horse has been working well at home but Sam got instructions on how to ride her and carried them out to a tee. That’s the essence of a very good apprentice.

“Sam said the ground could have been a little bit quick for her. It has dried out even over the last three hours with that breeze.

“She appreciated the straight course and she can definitely go up another furlong.”