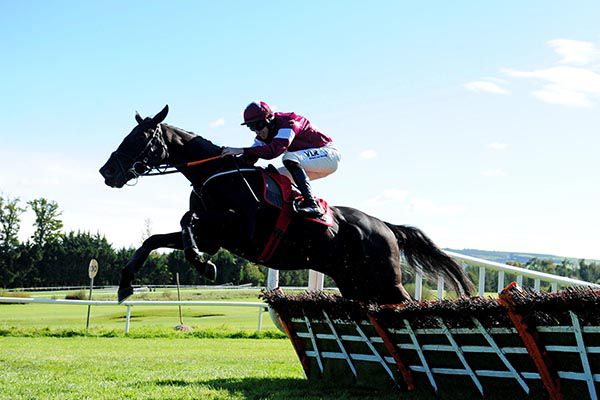 The pair at the head of the market dominated the Join Racing TV Now Maiden Hurdle (Div I) at Gowran as One Down (6/5 favourite) beat Still Standing (13/8).

From the front on hurdles debut under Jack Kennedy, the Gigginstown House Stud-owned and Gordon Elliott-trained One Down was all out to contain Still Standing by a neck.

Neither of the principals were great at the last but they were nicely superior to the rest with Ava Rose seven lengths back in third.

“I think he just idled a bit. He jumped well and is a grand horse that will win his races," said Elliott.

“I’d say he’ll go on most types of ground but probably doesn’t want extremes. He might be more a handicap horse than a Graded horse.”

The Stewards enquired into the running and riding of Ava Rose, ridden by D.J. McInerney, and trained by Noel W. O'Neill. Evidence was heard from the rider and trainer concerned. D.J. McInerney, stated that his mount is a very difficult individual that has always ran very keen in the past and wears a hood to help her settle. He said his instructions were to settle his mount at the rear, creep into the race and to do the best he could. He said his mount was unsettled by a delay to the stert of this race, but settled in rear and jumped well before staying on one paced past tired horses in the closing stages. Noel W. O'Neill, confirmed the instructions given and expressed his satisfaction with the ride. He outlined how difficult his charge can be to settle at all times and concluded by stating that today's run was very encouraging.

The Stewards also received a report from the Irish Horseracing Regulatory Board Veterinary Officer, who stated that Ava Rose was found to be post race normal, but noted the animal to be very a fractious individual. Having viewed the recording of the race and considered the evidence, the Stewards noted the explanation offered.