Eyrefield Stakes could be next for impressive Tipp scorer Sunchart 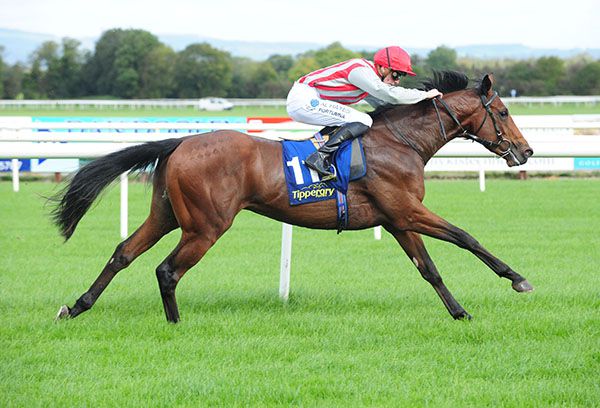 Sunchart (6/4 into 11/10 favourite) impressed in the Athassel House Stud Irish EBF Maiden at Tipperary for the uncle and nephew team of Andy Slattery and Ben Coen.

A six and a half thousand pound foal and a sixty two thousand euro yearling, Sunchart eased away in the final furlong to account for Sacramento and Memorabilis by four and three parts of a length and a short head.

"Ben said he improved from Listowel and he'll improve again as he was green enough. He was green enough in the parade ring today as well and I think we'll give him another run in the Eyrefield Stakes," said Slattery.

"He has a fancy entry in the Epsom Derby next year and we think a good bit of him. He'll be a better three year old and I just think he'll need another run.

"The Eyrefield will give him a bit more education and I think he'll need it. Hopefully he will keep going the right way and it's nice to have a horse like him."