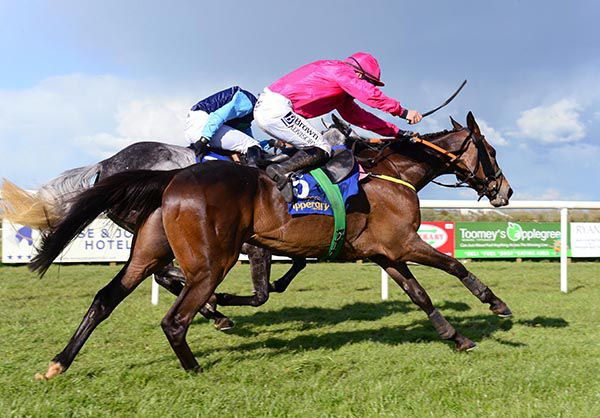 Fully Charged had the field in trouble as he raced clear turning for home. At this stage, Face The Odds began to make headway in third but still had plenty to do.

He moved into second after the penultimate fence and was soon ridden by Sean Flanagan to try and take closer order on the leader.

Fully Charged started treading water before the final fence and Face The Odds cut right into the gap. He soon had the scent of victory and finished well to grab the tiring leader well up the run-in.

Noel Meade's horse took the honours by a length and a half at 8/1. Fully Charged went off the 7/4 favourite. Blackhillsofdakota was a remote third, some 17 lengths away at 5/1.

Jockey Flanagan said: "He saw the trip out well. His wind hadn't been great all along and I was cautious enough with that in mind and I've ridden him to come home. He has jumped really, really well, albeit when I asked him at a couple he was too up in the air.

"Better ground is a big help to him, he is by Presenting and he is a grand honest type of summer horse. The cheekpieces are to help him concentrate but he is very genuine and he'll step up from that again."

Strong bidding both on site and online produced consistent trade throughout the Day 1 session of the Derby Sale, resulting in 11 horses selling for €100,000 or more.

The ground at the Curragh is now good, good to firm in places ahead of the weekend action.

Jim Bolger is hoping that Mac Swiney can land more classic glory at the Curragh when lining up in the Dubai Duty Free Irish Derby on Saturday.