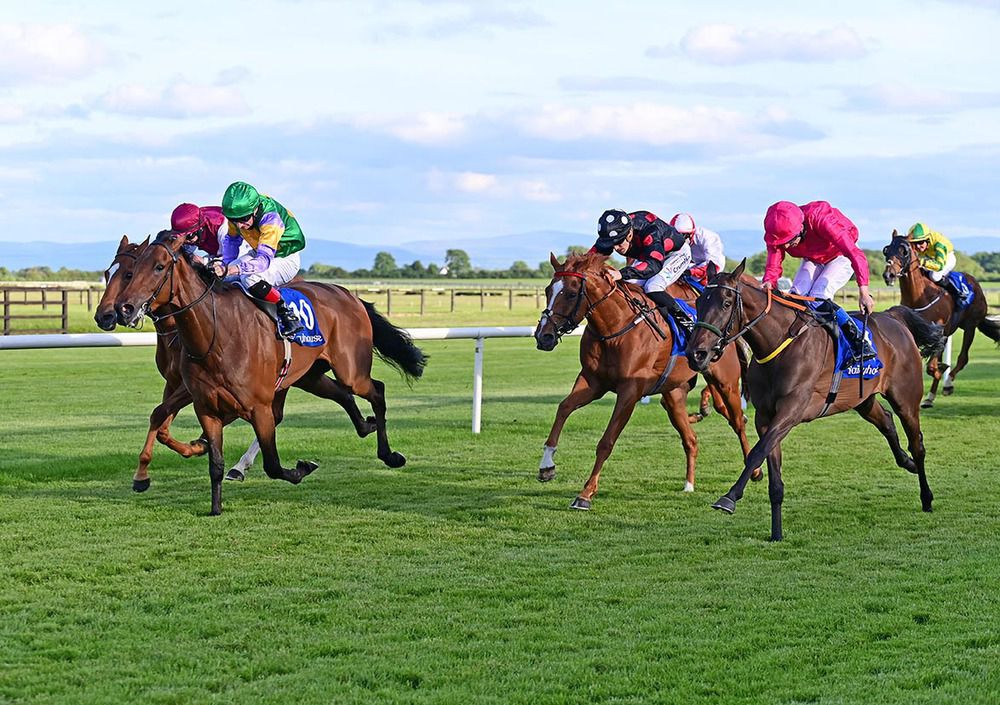 Female Approach swooped to nail the 5/4 favourite Powerful Kieran on the line in Fairyhouse's nightcap, the second split of the mile and a half handicap.

Backers of the 'jolly' must have thought they were able to collect as he overwhelmed Angel In The Sky in the closing stages, however, Chris Hayes conjured up a rattling finish from Female Approach to collar Powerful Kieran.

The winner returned at 7/1 and won by a head. Angel In The Sky (80/1) gave it a good go before dropping to third. Ragtime Red (12/1) completed the placings in fourth.

Noel Meade said: "She was actually 2lb out of the weights and the race they put on tomorrow was a three-year-old handicap (in Limerick), but unfortunately the way the thing is set up at the moment we don't know whether we are going to get in or not as we don't get the weights on time.

"She is declared tomorrow and I actually thought I might even take her out today and try to run tomorrow, but I was told I probably wouldn't get away with that so we had to go here.

"Chris (Hayes) was kind of pretty keen on her anyway. I'd say it is unlikely she will turn out again tomorrow but you never know, we'll see.

"She stays well and I'd say she will stay further and we'll go for more of the same."