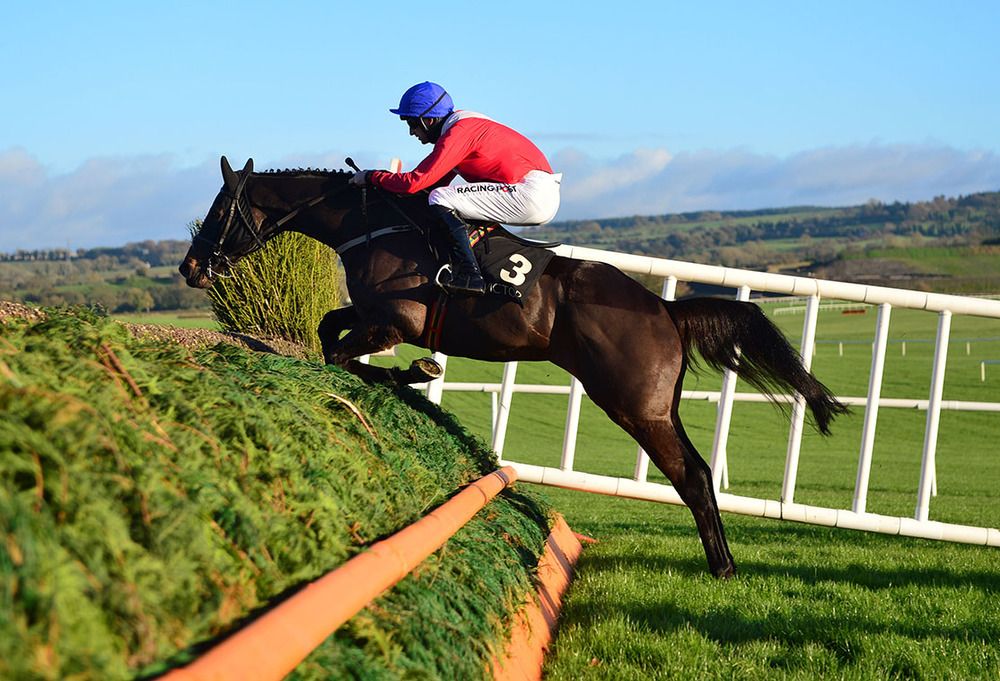 The point-to-point winner was a top class sort in bumpers winning the Weatherbys Champion Bumper at the Cheltenham Festival in 2020 but has not been seen since beating Bob Olinger on his hurdling debut at Gowran Park.

The Cheveley Park Stud-owned gelding was sent off the 8/15 favourite against 14 rivals and made most of the running under Patrick Mullins.

His jumping was far from perfect early on and the three fences in the back straight were all omitted due to the low lying sun.

An upset seemed possible when headed by Coeur Sublime at the penultimate fence but he responded to the challenge by leading again at the last and drerw clear in the closing stages to beat that rival by four lengths.

Thedevilscoachman kept on nicely a further two-and-a-quarter lengths back in third.

Winning trainer Willie Mullins said, “For a horse with such little experience I was very impressed with him.

“He was very lazy over the first few fences, very careful. Patrick said once he had to get down to race over the last four he was much better, he was like a professional.

“We’ll look for a nice novice chase with him. We’ll see how he comes out of that before we make a plan for his next run.”

Bookmaker reaction was to trim his odds for the Arkle at Cheltenham with Paddy Power and Betfair going 5/1 (from 6/1) and BoyleSports quoted him at 4/1 (from 5/1). Paddy Power cut him from 12/1 to 8/1 for the Marsh Novices' Chase.