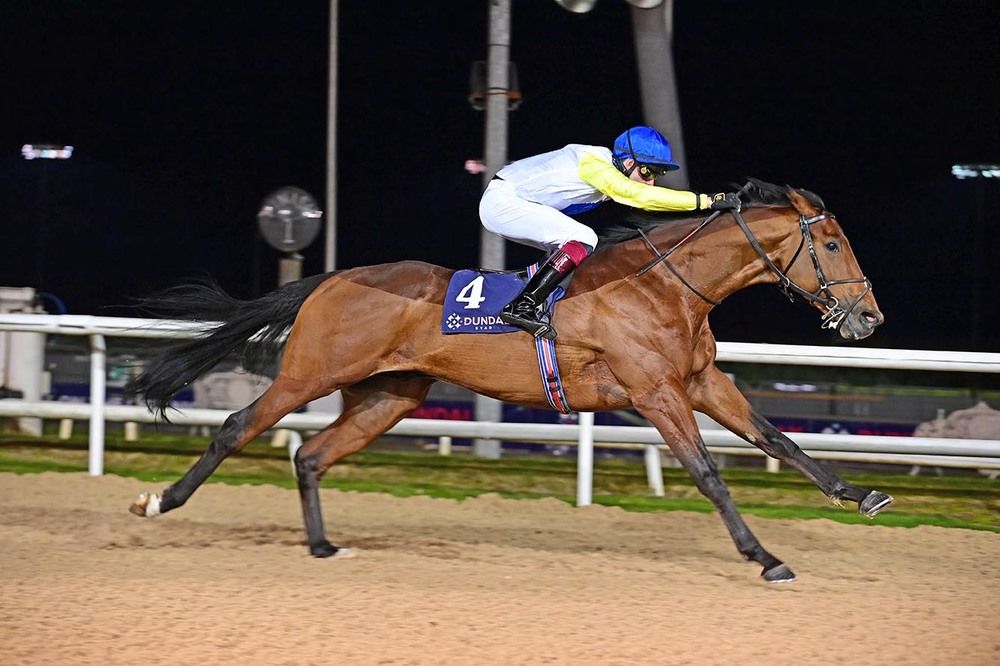 Frustrating to follow Dances With Stars again helped bookmakers today in over-turning strong 8/15 favourite Seattle Creek, and win the Lengthen The Odds With BetVictor Maiden at Dundalk on his sixth attempt.

The Joseph O'Brien trained son of Sea The Stars was third on debut in June 2020 and on four subsequent Dundalk runs, was beaten into second place at odds, respectively, of 15/8f, 5/6f, 15/8f and again last January as 2/5 favourite.

Today, again a 15/8 chance but as second-favourite, the four year old quickened well for jockey Hugh Horgan to lead and drift left inside the final furlong and beat the 'jolly' by a length and a half.

Horgan, son of former jockey Trevor Horgan and with his eighth winner, later reported “he travelled lovely the whole way around and quickened up well when I asked him.

“I was a bit worried that he might need the run but obviously Joseph has him fairly spot on.”