Flanagan finds the key to Fauguernon 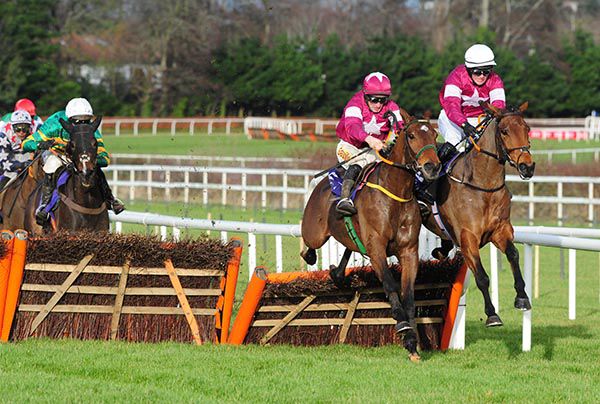 Fauguernon, a three-time winner on the Flat in France including at Listed level, opened his account for current connections in the ultra-competitive Holden Plant Rentals Novice Handicap Hurdle at Leopardstown.

Trained for Gigginstown by Noel Meade, the 9/1 chance was never too far from the pace in this 25-runner event and got the better of Accidental Rebel on the run-in to record a 1-2 for the owners.

Meade said, “He’s been a bit disappointing after coming from France. We thought he was going to be a decent horse and that’s the first time he’s won for us.

“Eddie (O’Leary) said to Sean (Flanagan) before the race to try and find the key to him and I said if you can find it then turn it!

“He’s probably not the quickest horse in the world but despite that I’d say two miles is far enough for him.”