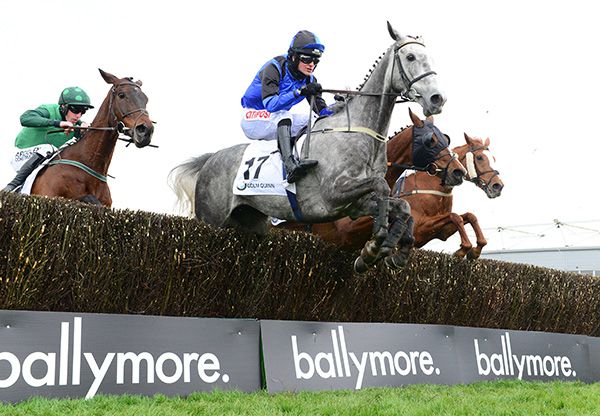 The son of Fairly Ransom contested Ayr's biggest race just 13 days ago, filling third place in a Scottish-trained '1-2-4-5' and today got the better of recent Irish Grand National winner and today's leader Freewheelin Dylan, as he eventually held off fast-finishing runner-up Se Mo Laoch by three parts of a length.

Afterwards trainer Fahy stated ““He ran a cracker in Scotland and we were delighted with him. He's only seven so will go out into the field now with his brother Stormy Judge.

“My cousin Joe Fahy owns him, he bought the mother and we've been lucky enough to get him and Stormy Judge.

“I'd love to go to Galway but Danny (Mullins) said he wouldn't have the pace for the Plate. He's a stayer and we'll aim for the staying races next season.

“Hopefully him and the brother could be National horses next year. Stormy Judge will go on bottomless but this horse can't because he has a different action.

“It's great to have two brothers and you don't mind which way the ground is because you're going to have one of them ready.

“History Of Fashion, that ran in the Red Mills final, is another who is going to be some staying chaser, so maybe I could have three horses in a National!”