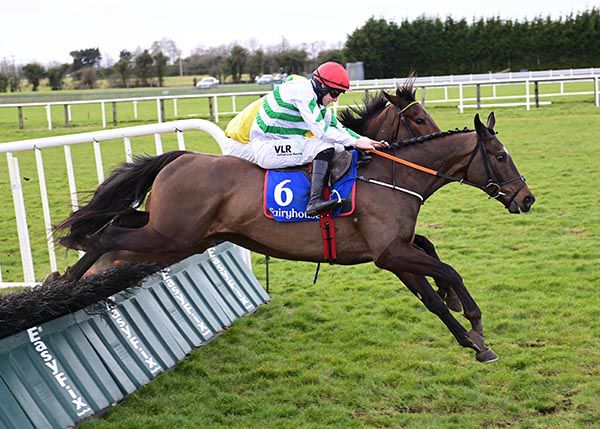 Folcano gained compensation for an unlucky defeat last time when taking division one of the Fairyhouse Easter Festival 3rd — 5th April Maiden Hurdle and may have booked his ticket to next month’s Cheltenham Festival.

The point-to-point winner was carried across the track after the last when beaten a nose by Brazos at Navan last month but made amends here in workmanlike fashion.

The 4/9 favourite needed a strong drive by Jack Kennedy to get the better of the persistent Carrig Rock on the run-in eventually scoring by a neck.

The pair stretched nine lengths clear of Krabat in third.

“Jack said he probably went quicker than he wanted to but he had to follow Patrick. He said they went pretty hard. He's a tough staying horse.

“I wouldn't be shocked if he runs in the Martin Pipe at Cheltenham. It's a race that could suit him as he stays really well and he would appreciate different ground to that.

“Jack said he didn't like the ground and that he didn't think anything would like that type of ground.”