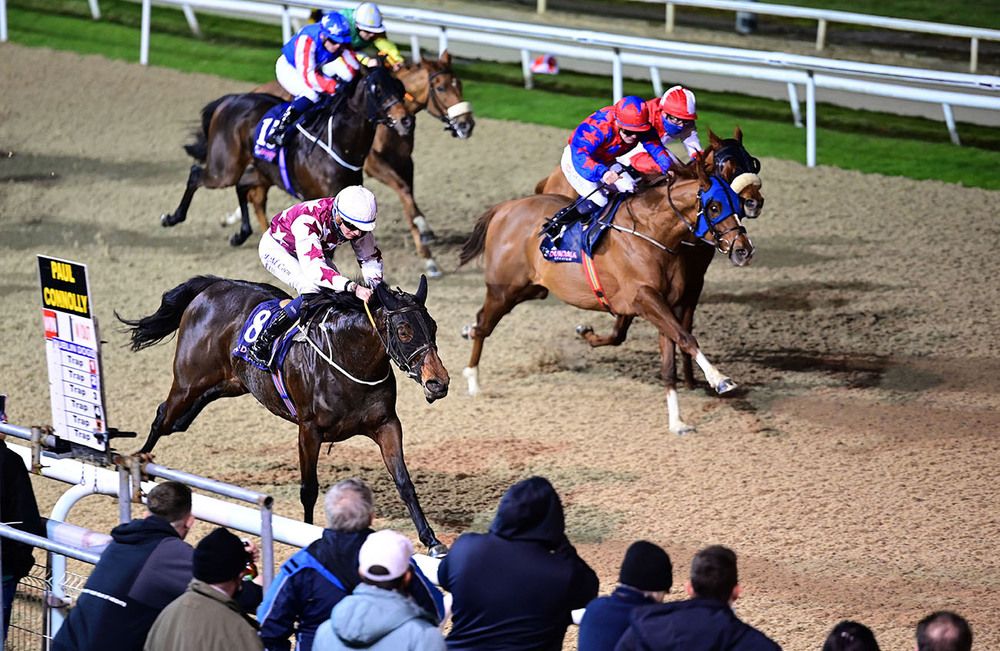 Winning jockey Ben Coen had earlier won a maiden on Johnny Murtagh's newcomer No Nay Alexander and produced Joupe (2/1f) to challenge widest in the home straight, edging ahead close home to beat No Show by a length and a half.

Winning owner/trainer Peter Lawlor later reported “the handicapper gave her 12lb for the first day but he's probably been proven right, although hopefully he's not too hard on her now.

“She was trying ten furlongs for the first time - we kinda knew she'd stay but you don't know until you try it. She'll probably come here on December 17 and then we'll give her a break after that.

“Ben gave her a great ride, he was in last place the whole way around and then came with the run. He rode her perfectly.”

He added “Niamh, who rides her out, is doing a great job of settling her at home and Alan Fleming is over with me now as well. We are all training there together and it's working out grand.”

Three earlier handicap winners Freescape, Ampeson and Golden Twilight had defied winning hikes from the handicapper following November successes, while the other handicap races were won by Meishar and Dr Patrick, each runner-up in recent November runs.

Royal Kahala will have one more run at Gowran Park next week as trainer Peter Fahey bids to have her in prime condition for the Close Brothers Mares’ Hurdle at the Cheltenham Festival.

Tiger Roll given entry over hurdles at Navan on Saturday