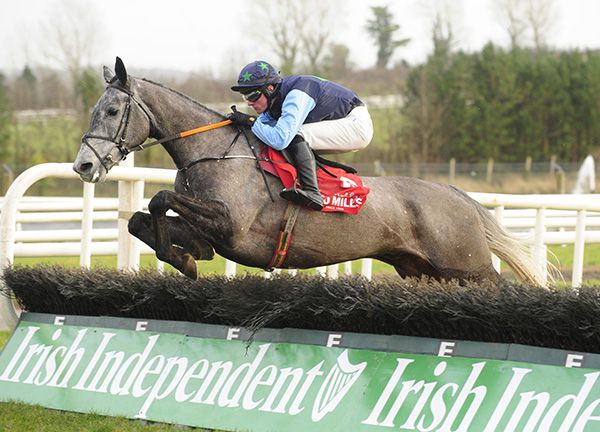 Fully Charged brought up a quick-fire double in Limerick for Henry de Bromhead and Hugh Morgan.

The 11/8 favourite led into the straight in the two mile five maiden hurdle and had the chasing Silk Worm off the bridle at the second last.

The grey gelding powered clear before the last and jumped it nicely to win as he pleased by 22 lengths.

Hugh Morgan said: “He was a lovely ride to get and it was great for him to go and do it that easy. I didn’t realise how far in front I was until going past the line.

“He picked up great after the last and handled the ground very well.

“I rode a double at Downpatrick earlier this year but Game Present subsequently lost the race (due to a prohibited substance) so that’s my first double.”