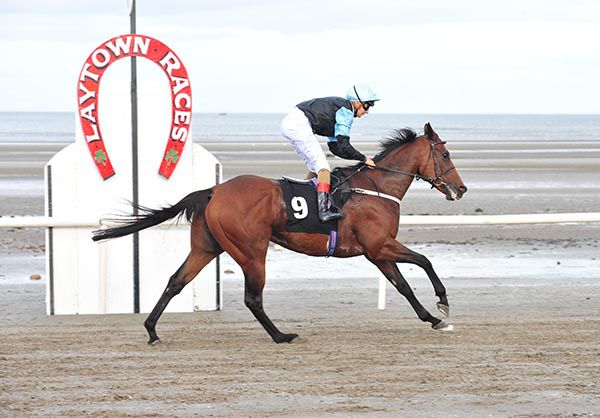 The six-year-old was an easy to back 8/1 shot in the seven-furlong contest but travelled well to hit the front two furlongs from home and soon settled matters.

He scooted clear in the closing stages to record a comprehensive five-length win over 2/1 favourite Hee Haw.

“It was lovely to get a call from Mr Furtado on Monday. He said to me 'do you want to go to Ireland and ride two of mine'” said Malune.

“I rode both of them back home in England and they did quite well up the gallop which is a similar surface, a fast track.

“He said to me that they both should have a very good chance.

“I came up, walked the track this morning and I've enjoyed it.

“He ran up and down in the straight, when he was in the ridge he came off the bridle with me. He's the kind of horse that you have to let him stride on, you can't take him back or send him forward, you let him do his thing.

“He was on top from two out and he hosed up really.”

The pair had also struck in the preceding race with Loose Chippings.

Sir Ottoman was subsequently claimed by James McAuley to be trained by Denis Hogan. The same connections claimed Grove Hill.