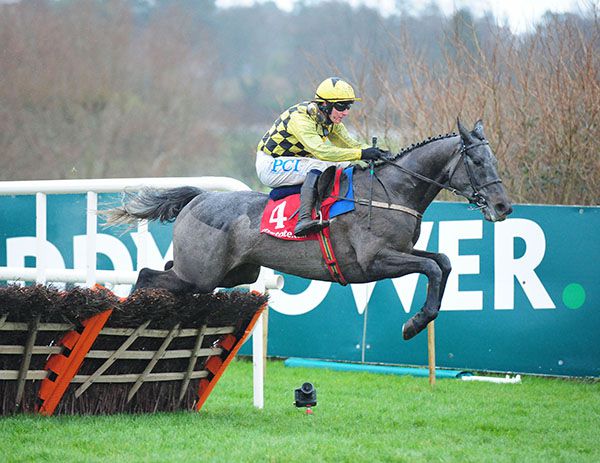 Gaillard Du Mesnil stamped his class all over the two and a half mile maiden hurdle in Leopardstown.

The 11/8 favourite moved ominously well in his pursuit of front-running Magic Daze and tanked past her off the home turn.

He was swinging away on the bridle jumping the last and readily drew clear on the run-in to score by nine and a half lengths. The nicely-backed Mr Incredible came in second at 10/1 with Magic Daze (18/1) another eight and a half lengths adrift in third.

Jockey Paul Townend said: “It was a lovely performance. He's just improved a lot from his first run [when runner-up at Punchestown].

“I thought on paper it looked like a strong maiden and we went a nice gallop for the ground. I thought it was a true run race.

“As it opens up it'll get a little slower out there.”

Willie Mullins added: “I was very impressed with him. The jump he put in at the second last showed how much he had in the tank.

“He looks like a nice, middle-distance horse and we'll probably stay at that sort of trip with him.

“As he gets more racing I think he'll settle better, he was a little keen with Paul. He wasn't stopping at the end and was finishing out the race well.

“He's a horse that will go up in grade easily enough, I think.

“I suppose we'll look at the Dublin Racing Festival. It depends what we do with Appreciate It as we'll probably try and keep them apart.”

Paddy Power cut Gaillard Du Mesnil from 40/1 to 16/1 for the Ballymore.