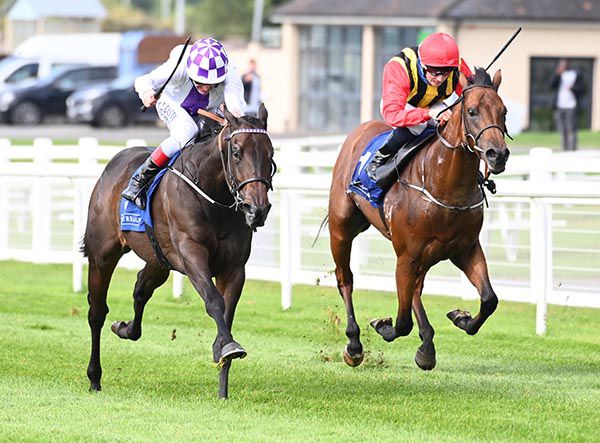 Gaire Os Ard dropped back to six furlongs to grab her first victory in the six-furlong race that opened the Curragh's card.

The 9/1 chance challenged Seeingisbelieving racing into the final furlong and got his measure with 150 yards to travel.

Kevin Manning got into the drive position to send her home by three quarters of a length from a fast-finishing Thunder Eclipse (2/1). Giselles Aussie came through for third at 10/3.

Jim Bolger said: “She has taken a little bit of time but is a filly with a future and she can run over anything from six furlongs to a mile.

“She is a big filly and we’ll try to get some black-type for her, maybe not this year but it will certainly be on the cards for next year.”

Gaire Os Ard had previously been runner-up over five furlongs in Naas and six furlongs at the same track. She had recently been campaigned over seven furlongs.