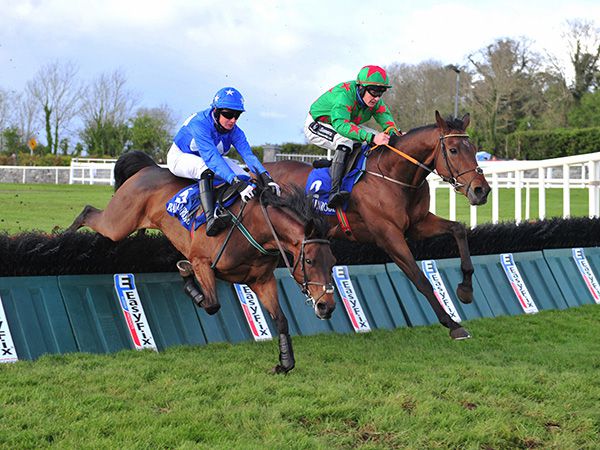 Galon De Vauzelle was left clear to land the second split of the opportunity handicap hurdle in Ballinrobe.

He gave in-form trainer Philip Rothwell a double in both divisions of this race. This followed on from three winners at the Punchestown Festival.

The five-year-old gelding moved eye-catchingly well on the bridle for James O'Sullivan and had got on terms with Glorious Singer at the last.

Glorious Singer got it all wrong and crashed out to leave 10/3 favourite Galon De Vauzelle to saunter home by 12 lengths.

Captain Jimmy (15/2) and Johnnys Girl (20/1) came in a remote second and third respectively.

“I rang Tom Doran after this horse had come recommended, and he wasn’t hugely expensive after winning a point-to-point,” said Rothwell.

“He only won that by default, after the leader had gone the wrong side of a bale, but I knew he was one for the future given a patient approach.

“I’d spoken to Tom over the years and he’d expressed an interest in having a horse with me and he’s been hugely supportive.

“He asked me to target Ballinrobe with him and he’d obviously love to be here [horses run in Mayo colours]. I’m just delighted to get my first winner with these famous colours with my first horse for the owner.”