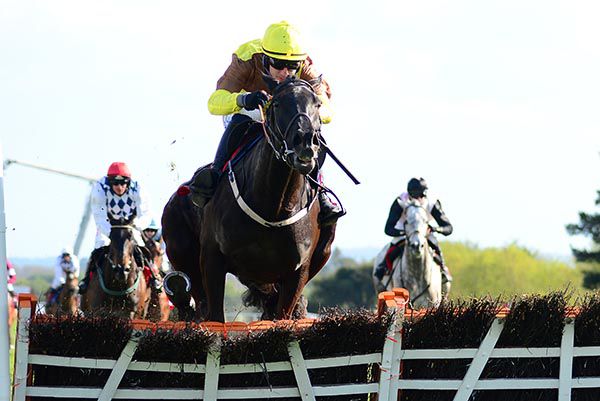 Willie Mullins’ six-year-old put up a scintillating display on his debut over fences at Leopardstown over Christmas when making all the running to win unchallenged by 22 lengths.

That performance took him to the head of the ante-post market for the three-mile title at a best-priced 6-4.

Second favourite at around 4-1 is the Paul Nicholls-trained Bravemansgame, who took his unbeaten record over fences to three in the Grade One Kauto Star Novices’ Chase at Kempton.

Like a lot of Festival hopefuls, Galopin Des Champs has at least one other option. His is in the Turners Novices’ Chase over two and a half miles.

Bob Olinger is a shade of odds-on with some bookmakers for that race after his emphatic success in the Kildare Novice Chase at Punchestown on Sunday.

Henry de Bromhead’s charge, winner of the Ballymore Novices’ Hurdle in 2021, is among 44 entries with 23 from Ireland.

Venetia Williams has a leading contender in L’Homme Presse, who maintained his 100 per cent record over the bigger obstacles in the Dipper Novices’ Chase at Cheltenham on New Year’s Day. He too holds an entry in the Brown Advisory.

The Mullins-trained Ferny Hollow is the stand-out name in the Sporting Life Arkle Novices’ Chase on the back of his Grade One triumph at Leopardstown on Boxing Day.

Half of the 24 entries are based in Ireland with nine from the Mullins camp. As well as Ferny Hollow, they include Blue Lord, Haute En Couleurs and Saint Sam.

Edwardstone, trained by Alan King, looks like leading the home defence after he completed a hat-trick over fences in the Wayward Lad Novices’ Chase at Kempton following a Grade One success in the Henry VIII at Sandown.

The Irish have a strong presence in the National Hunt Novices’ Chase with 21 entries from a total of 48, including Gordon Elliott’s pair of Run Wild Fred and Fury Road, plus Willie Mullins’ Stattler and Capodanno.