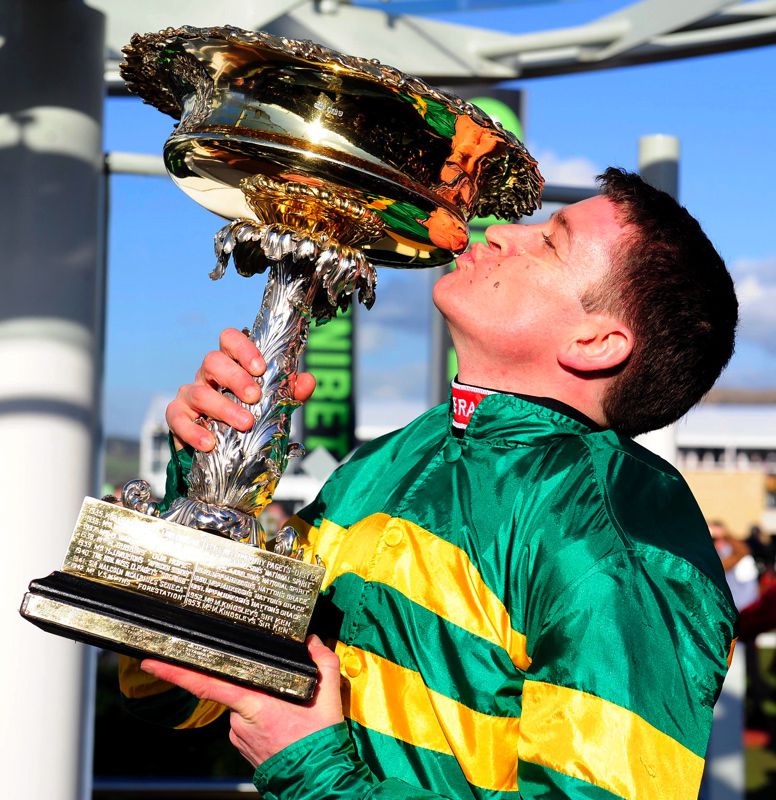 Bidding has opened and will close on Sunday night, for the signed and framed breeches — in an auction backed by Sporting Index as their ambassador Geraghty seeks to raise money for a cause close to his heart.

Geraghty wore them throughout this year’s Cheltenham Festival, including when riding his fifth and final winner at the four-day meeting — and 43rd at the showpiece event through his career — on Saint Roi in the Randox Health County Handicap Hurdle.

On announcing his retirement four months later, he made it clear he had already known when passing the line at the end of Cheltenham in March that he would not be back to ride there again.

As the home of National Hunt racing begins its new season this week, the 41-year-old Irishman said: “Having had my fair share of injuries, I got to know about the superb work that the Irish Injured Jockeys Fund do.

“They play an integral part for jockeys and racing as a whole — and any support we can give them will be greatly appreciated, I’m sure.

“Winning the County Hurdle on Saint Roi gave me a huge buzz, but it was obviously a strange feeling as I was getting off the horse in the winner’s enclosure at Cheltenham, knowing it would be my last.”

Geraghty is at ease with his decision to retire — but admits there could be the odd pang of mixed feelings when the superstar horses he rode to victory last season start to return to the track.

“I’m enjoying the new pace of life since retiring earlier this summer, and I’m not missing the race-riding too much yet,” he said.

“The real test will be when the big days come around, though, and I have to watch the likes of Epatante, Defi Du Seuil and Champ on the TV screen!”

Bids for Barry’s breeches can be made up until midnight on Sunday, October 25 at https://www.jumblebee.co.uk/signedbarrygeraghtybreeches.