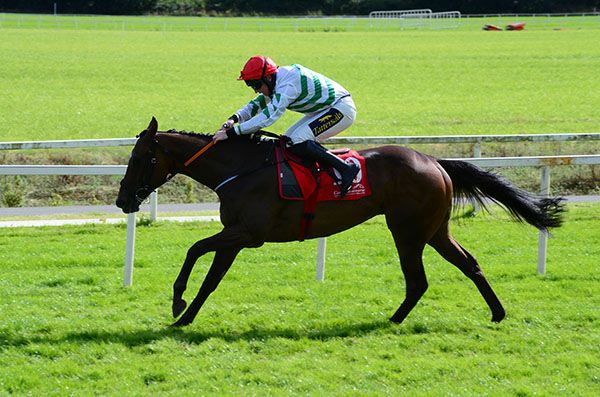 Geraldo was beaten into second at odds on for his debut in Kilbeggan, but gained compensation in the concluding bumper at Cork today.

The market again expected him to deliver as he went off 8/11 favourite for this assignment over an extended two miles three furlongs.

He looked to have plenty to do behind plenty of horses with less than three furlongs to travel, however Jamie Codd clearly knew he had the engine underneath him.

The Jeremy gelding was switched to the inner and made rapid headway into contention with a quarter of a mile left.

He soon picked up Champagne Beauty and moved clear with the minimum of fuss.

The race was over at the furlong pole as the 'jolly' enjoyed a facile victory by four and a half lengths. Castlehill Boy took second at 28/1 ahead of Flash De Touzaine (16/1).

Jamie Codd said: "He went up in trip and it was also the only race available to him and Gordon said he'd run when the ground was that way (good to yielding, yielding in places).

"He is a smart horse for this time of year; I know it was 2m3f but he has loads of pace and he got the job done today.

"It is another one for Noel and Valerie Moran who are savage supporters of the yard."