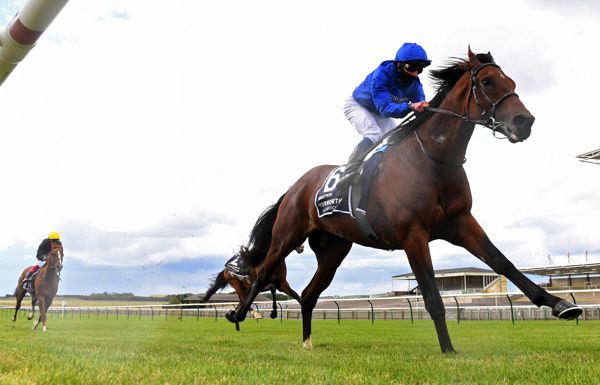 Stradivarius showed up well on his comeback run to take third place another 2 1/2 lengths behind with Aidan O'Brien's second runner Broome finishing in fourth.

Charlie Appleby said afterwards that the winner may come back slightly in trip to ten furlongs for his next races as he is not short of pace.

"We clearly know now that his best performances have been on fast ground. He's a fast ground horse and when he's left on the lead like he was he's very dangerous."

"Coming back to ten (furlongs) is never going to worry us. When you've got that natural pace that he's got. We might potentially look at the ten options during the summer and hopefully work towards the Arc but the concern would be what the ground was at that time of year."

Paddy Power cut the winner to 8/1 from 12/1 for the Prince Of Wales's Stakes at Royal Ascot. Stradivarius remains a shade of odds-on 10/11 for a third win in the Gold Cup.