Glandore bounces back to his best 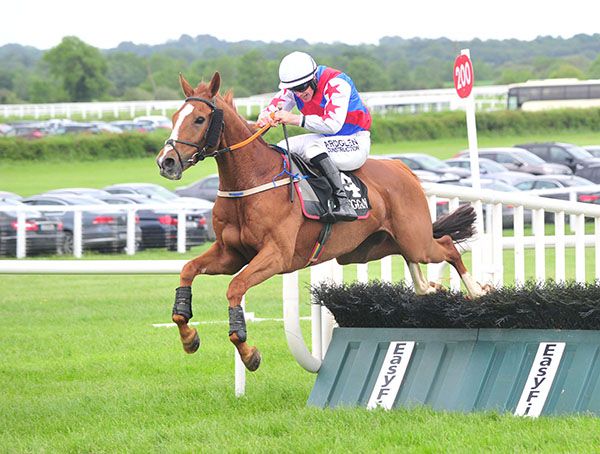 Having failed to make an impact in four point-to-point's earlier this year, the Denis Hogan trained chestnut again disappointed on his return to the track at Cork last month.

He put in a much improved performance to take fifth behind Oskar High at Ballinrobe on Tuesday last, and turned out again quickly this afternoon, he was sent off a 9/1 chance.

Ridden by Brian Hayes, the ten-year-old son of Whitmore's Conn raced mainly in third, taking closer order from four out.

He got to the front from the second last and kept on well under pressure to repel all challengers, going on to prevail by half a length.

Eimear (9/2 to 7/2) kept on well from the last but couldn't reel-in the winner, and had to settle for second under Conor McNamara.

Fr Gilligansvoyge (25/1) was six lengths back in third, while the well-backed Duke's Girl (10/3 into 2/1 favouritism) could only manage a disappointing fourth.

Hogan, who trains the winner for the Lostwelton Syndicate, said afterwards: "Brian was very good on him and did exactly as I asked him. He's a tough horse. He missed a year with injury but has come back as good as ever and was on a reasonable mark.

"He was fifth in Ballinrobe on Tuesday but I thought the race was run too slow for him. Eimear was second in that race and he beat her today so they obviously went a true gallop today as he needs every yard of the three miles.

"He could go to Roscommon on Tuesday week or he could go back over fences as he's still a maiden over fences. They are a lucky bunch of owners and have had a couple of good ones."

* C.D. Maxwell, rider of Kinnagoe Boy trained by John G. Carr, reported to the Clerk of the Scales that his mount stopped quickly and pulled up.

Punchestown CEO Conor O'Neill admits being 'very disappointed' that their festival meeting has been cancelled this year but fully supports the decision to make the call today.

The Board of Horse Racing Ireland (HRI) met today and in response to the need to provide as much clarity as possible to the racing industry, in very uncertain times, the Board agreed it was prudent to bring the 2019/2020 National Hunt season to a close at this point.

Brian Hughes is busy trying to fill his days at home as the coronavirus pandemic continues to keep racing on the sidelines.

Racing Welfare has announced a streamlined application process for the provision of Covid-19 hardship grants for anyone working in the British horse racing and breeding industry.