Go Another One keeps delivering for McConnell 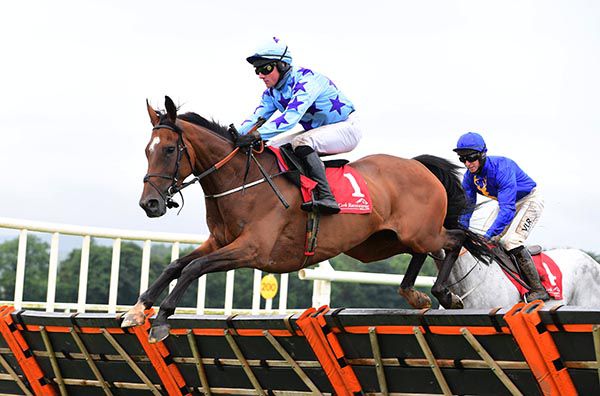 Go Another One (9/4) warmed to his task off the front as he retained the three-mile hurdle in Cork.

John McConnell's charge put in a mixed bag of jumping in the first half of this race before improving under Hugh Morgan.

He outgunned 6/5 favourite Peregrine Run, who wouldn't have welcomed the rain that turned the going to yielding, by 10 lengths at the business end.

John McConnell said: “He’s a very special horse for me. He goes to war for you every time and he won this last year.

“We weren’t as well in this year with the conditions of the race but he’s still really enthusiastic and was probably the last horse to pull up there.

“We might go to Down Royal for the race he won after this race last year.

“He’s a funny old jumper but the last five hurdles were brilliant. I don’t think you can teach him to be any better or worse — that’s just him.”