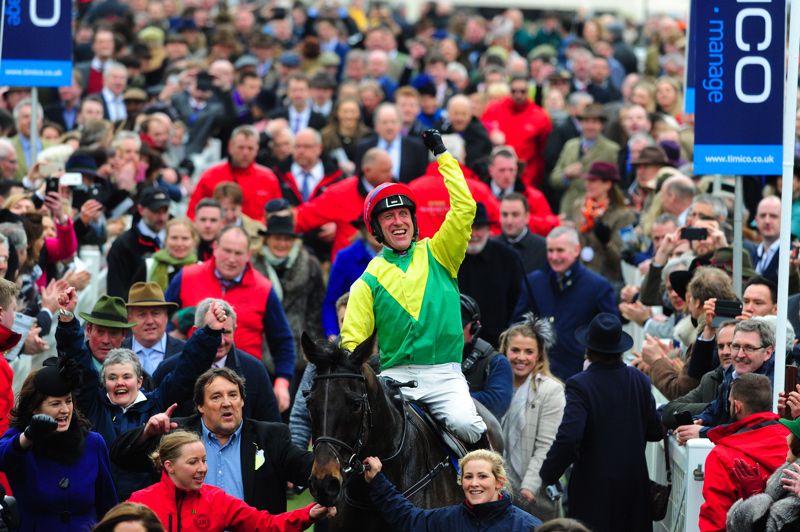 Sizing John has been retired after sustaining an injury while being prepared to run in the Kerry Group Chase at Listowel on Sunday.

Though the injury is not life-threatening, trainer Jessica Harrington decided it was best to call it a day after several setbacks restricted the 10-year-old to just one run since December 2017.

Earlier that year Sizing John completed the rare treble of the Irish Gold Cup at Leopardstown, the Cheltenham Gold Cup and the Punchestown Gold Cup.

He made a flying start to the following campaign in the John Durkan, but disappointed at Leopardstown over Christmas — and injuries then kept him off the track for more than two years.

He made his long-awaited return over hurdles at Punchestown on New Year’s Eve, but fell three flights from the finish.

Injured in that tumble, he was unable go for a second Paddy Power Irish Gold Cup in February and was scratched from the Cheltenham Gold Cup.

“He has been retired. Unfortunately, he gave himself an injury this morning,” Harrington told Racing TV.

“It’s not life-threatening, but he won’t be able to run on Sunday. He did his last gallop and it just went wrong after that, so sadly we’ve decided we’ve had enough comebacks with him and we’re going to retire him now and he can have a happy retirement.

“He ran on New Year’s Eve and unfortunately fell and hurt himself. I thought I’d get him back, then I didn’t, and we were right back on track and Robert (Power) was absolutely thrilled with him. I felt very sad this morning ringing up the Potts family to say finally we have to retire him.”

Harrington recalled the spring of 2017 when Sizing John was in his prime and fulfilled the dreams of his owners Ann and Alan Potts by winning the Cheltenham Gold Cup.

“It was special and ended up being more special because first of all Ann Potts died, and three months later Alan died, so they did achieve what they wanted to do and win a Gold Cup,” she said.

“They ended up winning three Gold Cups, which was absolutely wonderful and they were all there to enjoy it.

“Cheltenham was unbelievable, magical. You don’t need an aeroplane to bring you home when things like that happen to you.

“Punchestown was another very special day. Ann and Alan Potts were both over for that as well. It was fantastic.”

Sizing John is likely to stay at Harrington’s Commonstown Stables in County Kildare, with the trainer adding: “I’m pretty sure he’ll stay with me.”