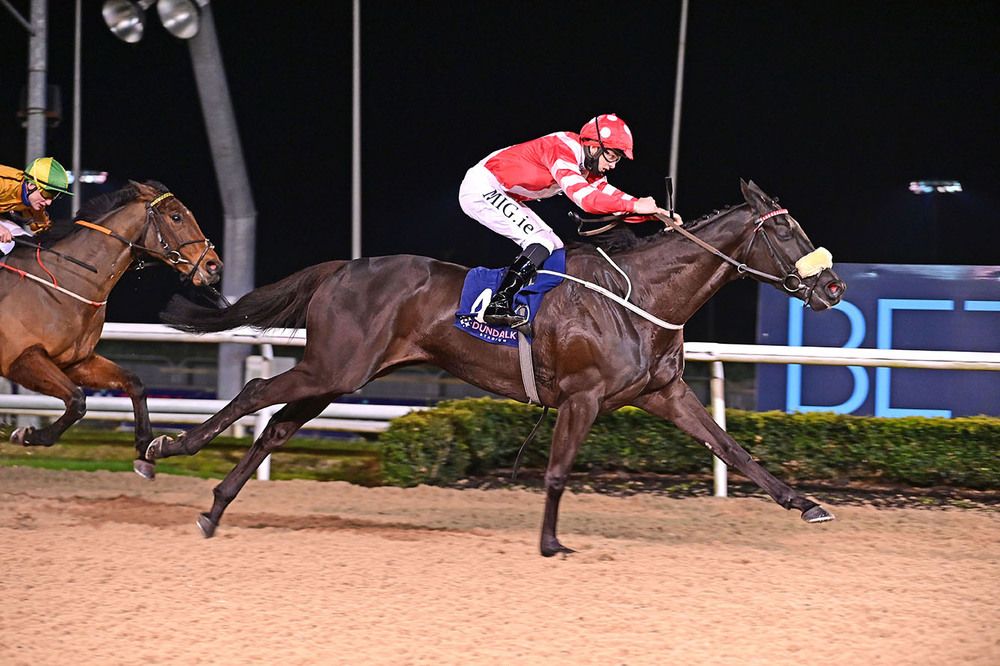 Recording his third career win, the son of Dawn Approach had scored previously at the Co Louth track on November 5 and today led throughout and beat Dalvey by a length and a half.

Halford later said “de did it well. I thought there was no obvious pace in the race, and he had a lovely draw (4), so I said to Mikey, with a light weight on his back, to throw the reins at him and let him go on in front and relax.

“He relaxed lovely in front and got to dictate it. He galloped out well to the line, it's a good prize (€12,600 for the winner) and he loves the surface.

“Mikey is very cool and has got a great head on him, he filled him up and got a nice breather into him and then asked him to pick it up. He gave him a very clever ride.

“I think we might call it a day with him now as he's after winning three this year for us, he's been on the go a good while. We might just give him a break and have him back for the summer.

“I think he'll only develop and get stronger as time goes on.”

Today's earlier winners Freescape and Ampeson had also both won races at the course in November.

Joseph O’Brien was the leading trainer at Dundalk last year with 26 winners and he looks the man to follow again this afternoon with a strong team heading up from his Piltown base for an eight-race card beginning at 1.40pm.

Royal Kahala will have one more run at Gowran Park next week as trainer Peter Fahey bids to have her in prime condition for the Close Brothers Mares’ Hurdle at the Cheltenham Festival.

Tiger Roll given entry over hurdles at Navan on Saturday