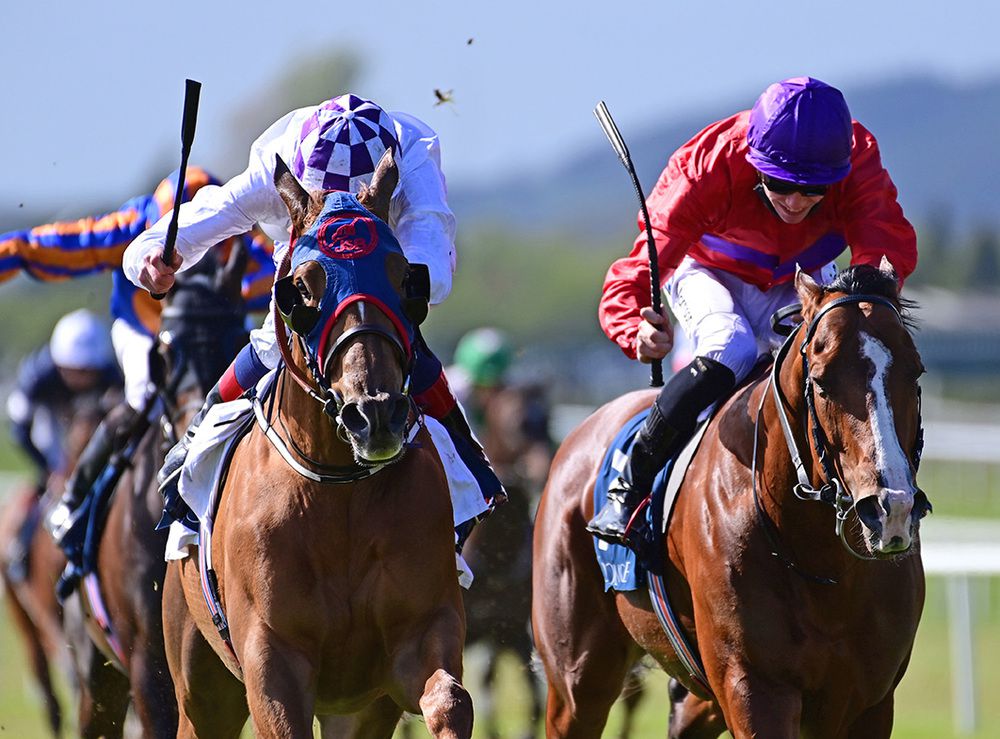 The connections of 2,000 Guineas winner Poetic Flare were on the mark again as Lunar Space sprang a surprise in the Listed Dick McCormick Irish EBF Tetrarch Stakes.

Kevin Manning went straight to the front on the 83-rated seven race maiden but Lunar Space (14/1) looked booked for second when the 101-rated Magnanimous went past him racing to the final furlong.

The blinkered son of Dawn Approach battled well, though, and regained the lead close home to score by half a length with Horoscope (5/1) back in third. The 2/1 favourite Storm Legend never got competitive before finishing in sixth place.

Una Manning, daughter of winning trainer Jim Bolger, said: “We're very pleased with him. The boss said he'll probably try and find another listed or Group 3 race for him if he doesn't go to Hong Kong in the meantime as there have been a few offers for him already.

“He seemed to travel well today and Kevin was very happy with him, he thinks he'll probably stay a little bit further too. He was gutsy and battled back.”