Guinness collects on debut as Bow crashes out 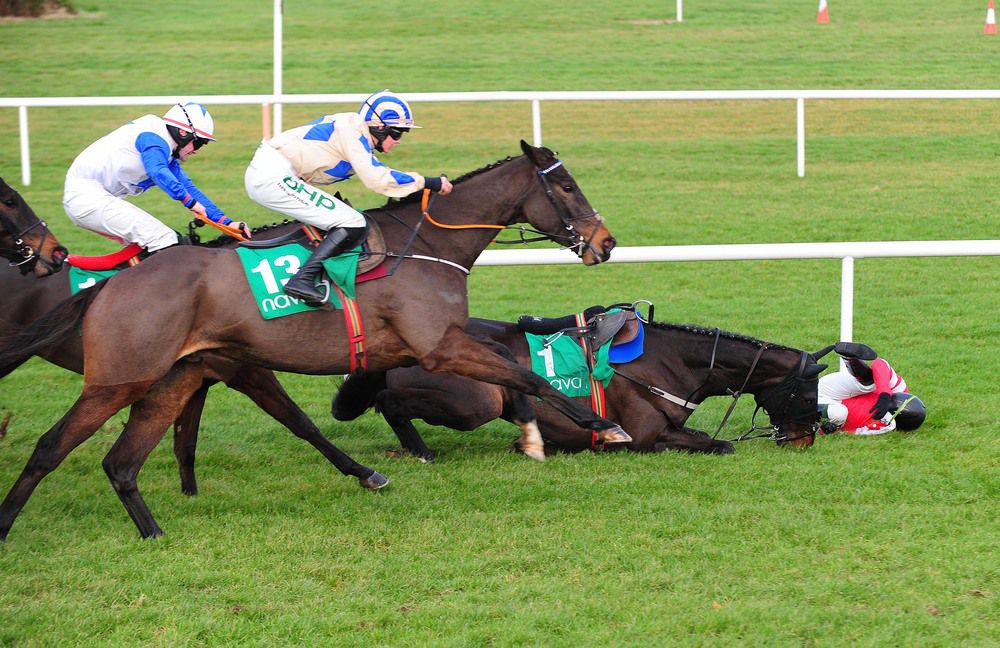 There was drama late on in the opening Irish Stallion Owners EBF Maiden Hurdle at Navan as hotpot Blackbow crashed out at the last, leaving the way clear for Captain Guinness to make a winning debut.

Blackbow was sent to post a 2/9 shot for the two-miler and despite running a touch keenly at the head of affairs seemed to have matters in control going to the final flight, with a couple of lengths advantage.

He stepped at the hurdle, however, and slithered to the ground. Thankfully both the horse and Paul Townend were quickly back to their feet.

The Henry de Bromhead-trained Captain Guinness had moved through promisingly to challenge for second at the final flight when soon presented with the lead.

Rachael Blackmore's mount, a 20/1 shot, ran on strongly in the closing stages to post a seven-length winning margin over Belfast Banter

De Bromhead said:- “He always worked well but coming for his first run it was a bit of a surprise I suppose. He jumped well but ours have generally needed their first run.

“The favourite falling at the last obviously helped. Rachael said he picked up really well so who knows what would have happened.”