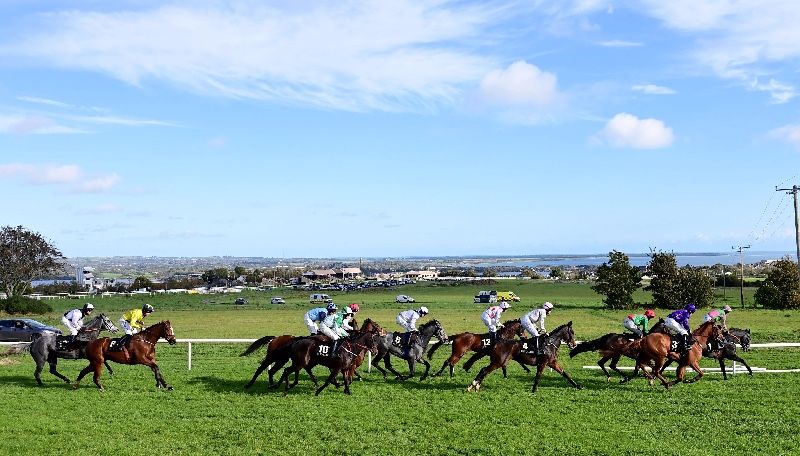 There is telling increase in the overall figure for bloodstock sales at public auction at €182.8m, up 71.3% on 2020 when a number of the major horse sales were severely disrupted, deferred or relocated.

A record number of fixtures and races were held in 2021, but, in line with Government guidelines at the time, there was no public attendance at any racemeeting in the first six months of 2021. Attendances were limited to 500 from July to early September while racecourses operated at 50% capacity for the remainder of the year.

The growth in racehorse ownership and horses-in-training led to an increased demand for opportunities to run during 2021. 14 extra fixtures were added to the schedule (from an original total of 380 to 394), but even with these extra meetings and races, there was a significant uplift in the number of eliminations, especially in the first half of the year.

On-course betting bookmaker turnover of €12.9m showed an increase of 67.5% on the previous year’s figure but unsurprisingly lags well behind the 2019 total. Retail closures of licenced betting offices in Ireland and the UK negatively impacted on overall betting and Tote figures during the year.

Suzanne Eade, CEO of Horse Racing Ireland, said “so many of the figures announced today show a remarkable resilience in the horse racing and breeding industries. The figures for the numbers of horses-in-training have jumped by over 14% year-on-year at a time when attendance of owners at racemeetings was severely curtailed.

“That support from owners is vital, placing the industry on a secure footing and reflecting favourably on levels of employment across the industry and the wider economic activity that brings.

“It is hugely encouraging that all categories of ownership have grown and a record owner retention rate is a terrific vote of confidence in the industry.

“Irish Bloodstock sales were hit very badly in 2020 but last year’s figures for horses sold at public auction improved greatly with a succession of sales performing well. There was a vibrant trade at the Irish store sales and buyers from 22 countries invested at Irish yearling sales, with Irish-foaled horses sold to 31 countries in all.”'

Mikel Delzangles thinks there is a "very strong chance" Mangoustine will tackle the Coronation Stakes at Royal Ascot following her victory in the Poule d'Essai des Pouliches at ParisLongchamp.

Sam Curling's Troubled Times made a winning debut at 11/1 in the concluding bumper at Killarney.

Stand Up And Fight sees them all off

Stand Up And Fight put in a lovely display off the front to win Killarney's hunters' chase in good style.