Hanlon excited by Star after completing a Tipperary double 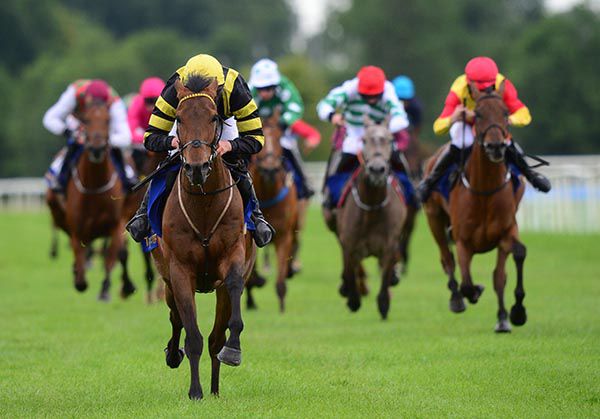 Skyace won handily for Hanlon earlier in the staying maiden hurdle under Jody McGarvey, setting the ball rolling for this 67/1 double.

Hallowed Star, a son of Sea The Stars, never made the track for Godolphin, after costing 110,000 pounds as a foal.

On his third start and encountering better ground for the first time, the successful five-year-old, out of a Dalakhani mare and bred by Airlie Stud, quickened up lovely in the final quarter mile.

"I think this lad is very special and I'll go as far as saying he is the best I've had since Hidden Cyclone,” said Hanlon.

"He was just doing everything really well and will go to Galway for the winners' bumper. He has plenty of toe.

"I own him myself and I want to sell him to keep him in the yard. He was in training with John Gosden and is a well bred flat horse. He does everything right and is a great horse to jump."

The Irish Horseracing Regulatory Board Veterinary Officer examined Tango Charlie, trained by Ms Margaret Mullins, at the request of the Stewards, and reported the animal to be post race normal.