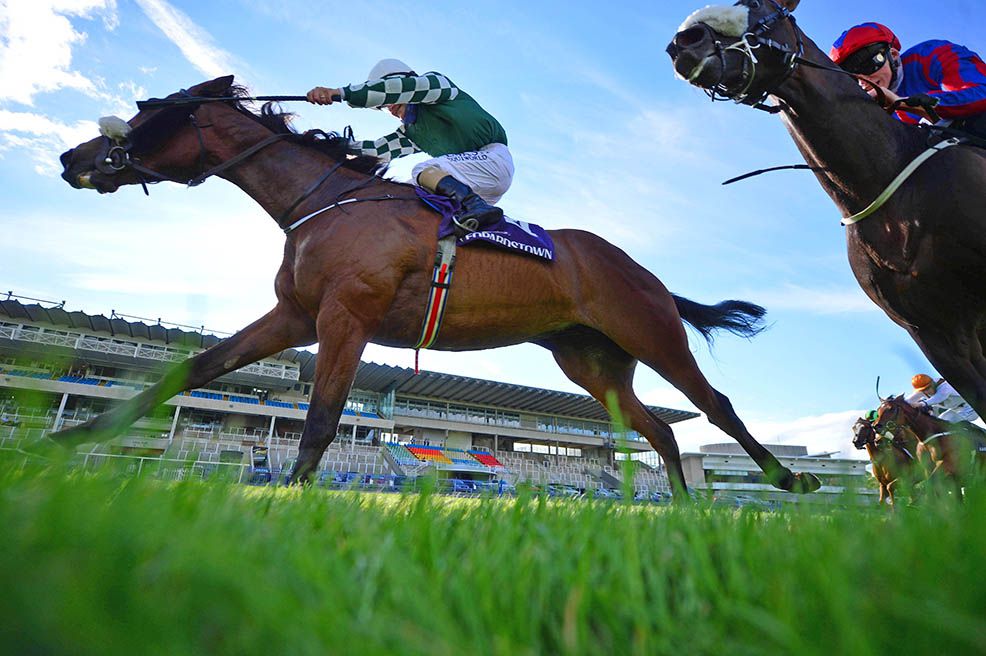 Real Appeal (6/1) was the one for money in the morning ahead of the featured Ballycorus Stakes (Group 3) and he came home best of all in the hands of Shane Foley.

Waited with in mid-division, he was brought with a steady run towards the outside in the straight and reeled in the front-running British raider Lord Of The Lodge (5/1) in the final furlong to win by half a length.

Pearls Galore (4/1) was third, but it was a race to forget for connections of the 11/4 favourite Monaasib (seventh) who missed a beat at the start and then met trouble in running in the straight.

The winner is a gelded son of the Exceed And Excel horse Sidestep, who was a Grade Two winner in Australia, and he was a Listed winner in France as a 2-year-old for Matthieu Palussiere.

This was his second win for Jessica Harrington who said: “He really loves Leopardstown. I'd say his handicapping days are probably over now.

“He likes good ground, Leopardstown, and we'll see where we go now with him.

“He has stepped forward very well this year, he's a different horse, and I'm delighted with him.

“Seven is what he needs, I'm not sure he gets much further. Even still he got there a bit soon and was pulling himself up a little bit in front.

“This was the plan and I'll have to go and look at the program book now. He'll come back here on Champions Weekend for the seven furlong race, that will be his aim at the end of the year.”