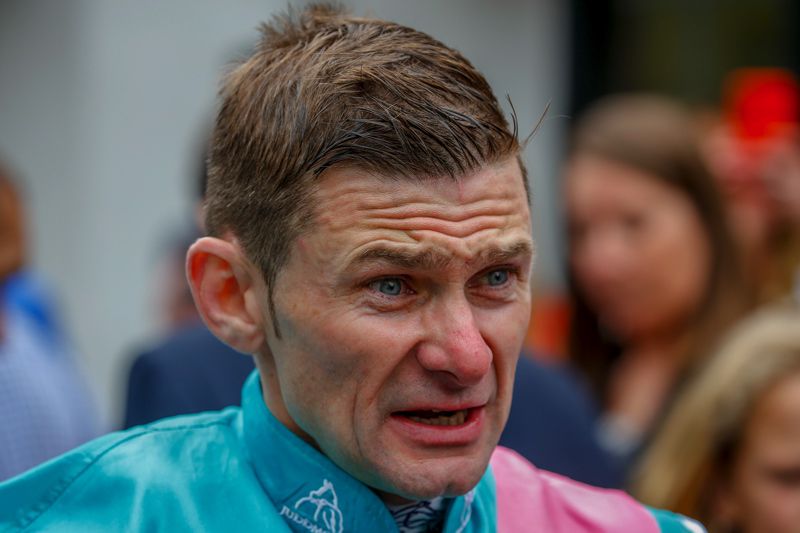 Robert Havlin has been banned for 21 days by the Lingfield stewards after finishing second aboard Stowell at the track on Wednesday evening.

Havlin rode John and Thady Gosden’s second string in the Sky Sports Racing HD Virgin 535 Novice Stakes, with Stowell going off a 16-1 chance while stablemate Polling Day, the mount of Frankie Dettori, was the 2-9 favourite.

The market leader was in front at the turn for home in the 12-furlong contest, with Stowell in fourth and meeting a few traffic problems in behind.

Polling Day looked likely to win by a comfortable margin as he forged on for Dettori at the furlong pole, however, Stowell made up plenty of ground in the closing stages and was eventually beaten a head.

The stewards inquired into the performance as they felt Stowell had been given “an apparently tender hands and heels ride” round the bend and in the straight.

Havlin stated he was told “to settle the colt and ride him to obtain his best possible position”, adding Stowell “was a fragile type who had a high knee action, and that John Gosden had instructed him to ride the colt hands and heels and not to use his whip”.

The rider, who also told the stewards the pace of the race did not suit at halfway and he had to switch his mount to get a run, felt the winner had idled in front and “therefore it appeared that Stowell had finished faster than he actually had”.

The trainers’ representative stated they were satisfied with the ride and pleased with Stowell’s debut effort, but the stewards decided Havlin had not taken all reasonable and permissible measures to ensure Stowell obtained his best possible placing.