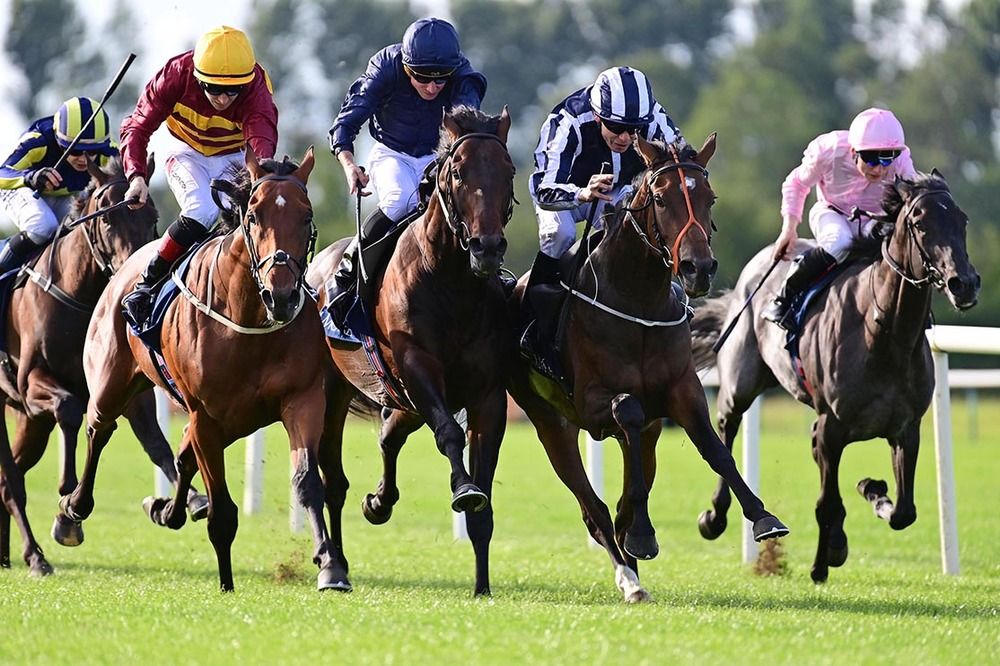 Hellsing runner-up in the Tyros Stakes at Leopardstown last month, went one better when landing the featured Coolmore Stud Churchill Stakes at Tipperary this evening.

The son of Dandy Man made headway on the outer in the straight and got on top in the closing stages for Colin Keane to beat Papilio by half-a-length with Lakota Seven finishing well to take third a further length-and-three-quarters adrift.

A stewards’ enquiry was called with Papilio edging right under pressure and the Ger Lyons-trained winner going a fraction left causing the eventual fourth Greenland to become the meat in the sandwich. The places remained unaltered.

Lyons’ brother and assistant trainer Shane said, “At Leopardstown he was doing a lot of shouting and roaring. He’s a character, not coltish at all. We stood him in the parade ring for 15 minutes afterwards just drinking water and he stood and looked at the crowd.

“He would have been working yesterday and would have been going working on Saturday so Ger took the view, without trying to sound cocky, to run him here to see if the penny had dropped.

“He’s still a work in progress and we think the world of this horse. He’s a gorgeous big horse for next year.

“He could run next in the Futurity but his main aim is the Goffs Million.”