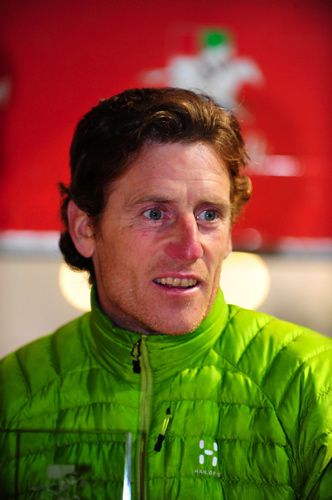 The magnificent Sir Michael Stoute-trained filly shot to prominence in the Nell Gwyn Stakes — and would go on to take Classic glory at the Curragh and bag further Group One prizes at York and Longchamp.

Such was the manner of her victory at the Craven meeting that she was sent off favourite for the 1000 Guineas, where she finished third to Lahan.

To simply head to Newmarket with the Guineas favourite was a dream come true at the time for the Highclere Throughbred Racing syndicate, as managing director Harry Herbert remembered.

He said: “She’d won her only start at two, very impressively at Leicester, and I remember she did a piece of work before the Nell Gwyn that was one of those of pieces of work that was absolutely devastating and you don’t see very often.

“When she ran in the Nell Gwyn and won so impressively it really was very exciting, as she then became favourite for the Guineas. We had a big team there and took a marquee for all the shareholders, it was a really exciting moment.

“But in the pre-parade ring, she looked wintry — she just didn’t look the same filly we’d seen on the gallops. She hadn’t come in her coat by a long way and she just ran below par.

“It’s extraordinary what the game does to you — obviously for a syndicate to have a runner and a favourite for the 1000 Guineas is absolutely unbelievable, but I remember after the race getting back to the marquee and it was virtually deserted.

“It just shows expectations and build up and how it affects everybody.”

Petrushka headed to Epsom for the Oaks after the Guineas, finishing fourth to Love Divine, before finally fulfilling the promise she had shown at home on her trip to Ireland.

Herbert said: “You could argue she was a bit unlucky in the Oaks, she was so far back and made up a gigantic amount of ground. Then of course it all came good in the Irish Oaks, when she was so impressive and became the first syndicate-owned Classic winner.

“That was a huge moment and will live long in the memory.”

After the Irish Oaks, the daughter of Unfuwain faced a rematch with her Epsom conqueror in the Yorkshire Oaks and turned the form around on the Knavesmire.

Herbert said: “She beat the Epsom winner at York and then it was on to the Prix de l’Opera on Arc day. I remember John Warren and I watched from the Goffs sale in Ireland, we couldn’t go to the Arc as we were looking at yearlings.

“So we watched on a small television on a drizzly day and watched her storm to victory under a fantastic ride from Johnny Murtagh. It was a brilliant ride and he was always brilliant on her.

“We had an extraordinary golden run with Johnny — everything he rode for us seemed to win and of course a few years later in 2005 he won the Derby for us on Motivator (in the Ascot Racing Club colours).”

Petrushka finished her year with a fifth-place finish at Churchill Downs, but that could not take the gloss off what she achieved.

Herbert said: “I think she was odds-on favourite for the Breeders’ Cup Filly & Mare Turf and we took a huge team out to watch her run, but sadly she wasn’t quite right — it was just one of those things, the cards didn’t quite fall for her.

“We sold her to Sheikh Mohammed for what I think at the time was a world-record price and it was an absolute dream for Highclere to have owned a Classic winner.”