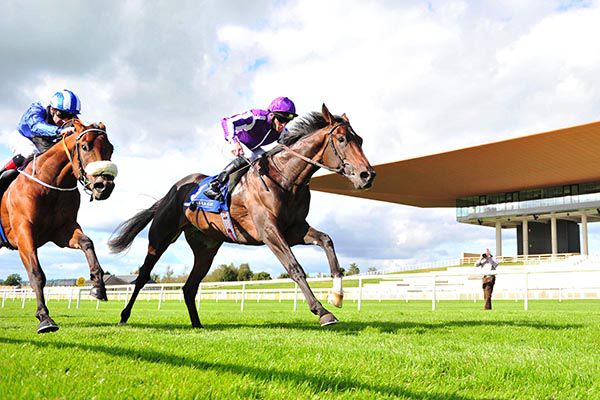 High Definition heads five entries from the Aidan O’Brien stable in a total of 16 for the Derby Trial Stakes at Lingfield on Saturday.

The Galileo colt, unbeaten in two starts, is currently ante-post favourite for next month’s premier Classic at Epsom.

The Ballydoyle trainer’s other possibles for the Listed contest are Carlisle Bay, Hector De Maris, Kyprios and Sir Lucan. All five are entered in the Derby.

Charlie Appleby has put four in the Lingfield heat — Adayar, Hurricane Lane, Yibir and Wirko. The latter has been declared for the Chester Vase on Wednesday.

Others in the mix include Martyn Meade’s Lone Eagle, the Richard Hannon-trained Etonian and Recovery Run from Andrew Balding’s yard.

Meade also has Technique in the Novibet Oaks Fillies’ Trial Stakes, but neither are definite runners yet.

Both horses are set to work on Tuesday, after which Meade will decide on their participation.

“We’ve got them both in there and we’re looking at it at the moment. They will both work tomorrow (Tuesday) and then we’ll decide from there what to do,” he said.

“They are not definitely going. It depends how they work.”

O’Brien is responsible for four of the 15 Oaks Trial entries in Divinely, High Heels Snowfall and Willow.

Mark Johnston’s Dubai Fountain has been declared for Wednesday’s Cheshire Oaks at Chester, but the Middleham handler still has Roseabad.

John and Thady Gosden’s pair of Loving Dream and Regent, the Hugo Palmer-trained Ocean Road and Nash Nasha from the Appleby stable are among other interesting entries.