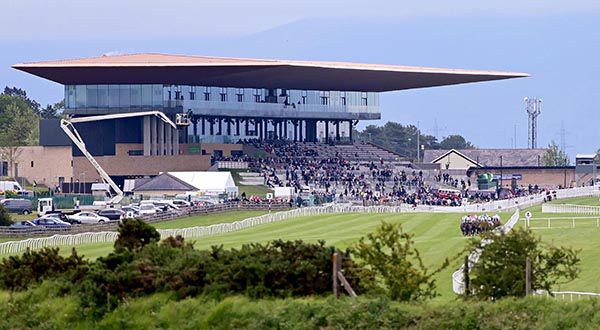 The Curragh Racecourse will host one of Europe’s most valuable Flat handicaps this autumn with the announcement of a high-value race for stayers at the Kildare track on September 25.

The two-mile Flat handicap will start from starting stalls and will be open to three-year-olds and older horses rated 0—110, with the intention of attracting a mix of Flat stayers and high-class National Hunt entries. Up to 30 runners will be permitted.

The Irish Cesarewitch has traditionally been run in early October, and approval for the necessary changes to the Irish Black Type race programme has been obtained from the European Pattern Committee including moving the Loughbrown Stakes, Group 3 at the Curragh to a late October date.

The winners of several Premier Handicaps run at a distance of more than 12 furlongs through the year will get exemption from ballot should they remain in the race at the final forfeit stage.

The race will take place on the second day of a new two-day Autumn Festival at the Curragh with the Goffs Million being the feature race on Day One.

Brian Kavanagh, Chief Executive of the Curragh Racecourse, said: “This is a really exciting initiative, and we are delighted to stage such a high value race. Joe’s passion for and commitment to the Curragh is palpable and he is the driving force behind the creation of this race.

"We hope that trainers and owners from Ireland and overseas will target this race and we look forward to a full field doing battle over the Curragh’s longest distance."

Jason Morris, Head of Strategic Projects & Racing at Horse Racing Ireland, said: “HRI are hugely appreciative of the significant sponsorship that has enabled the development of this high value staying handicap.

"Coming two weeks after the Irish St Leger, it means that Ireland will offer a range of valuable late season targets for quality staying horses.

"The Friends of the Curragh Irish Cesarewitch is also an important further step in the European initiative to encourage the breeding, ownership and retention of stamina-laden horses, which has seen significant enhancements to the Flat staying race programme throughout Europe in recent years.”

Joe Keeling said: “I am very pleased to have been involved in the redevelopment of the Curragh into a world-class facility for which a number of people deserve great credit and thanks.

"I am delighted to play a small part in supporting this new initiative and hope it will build a race which attracts national and international interest. The two mile track at the Curragh is a great test of a horse’s speed and stamina and the race will take plenty of winning.”