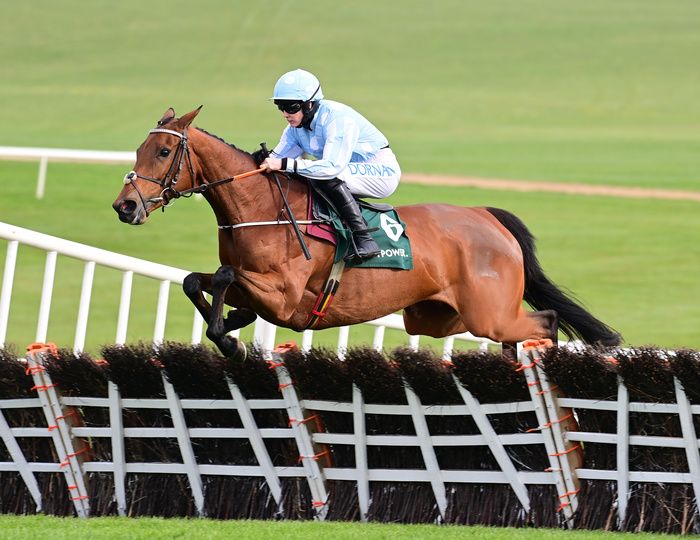 Locked alongside Apple’s Jade, Limestone Lad and Solerina on three victories in the race, the two-time Champion Hurdle victor was looking to create history and become the first four-time winner of the Grade One contest as she started another campaign on familiar territory.

Heading into her fifth year in training, the engine appeared to be purring as loudly as ever as Honeysuckle picked up the bit and cruised alongside the pacesetting Ashdale Bob approaching two out and Rachael Blackmore soon sent the popular eight-year-old on to win her race.

But as Blackmore’s urgings became more frantic aboard Honeysuckle heading to the last, Paul Townend on Klassical Dream and Jack Kennedy on the 20-1 winner Teahupoo were poised to strike.

The three protagonists jumped the final flight in a line, but for Honeysuckle she could give no more and although fighting on bravely to the line, had to settle for third.

“It’s a horse race and unfortunately she got beaten and that’s it,” said De Bromhead.

“We’ve had some run with her for so long and there we go. They’re going to get beaten one day. She’s been incredible and fair play to the winner. It was always going to happen someday, that’s unfortunately the reality of it, but we’ve had some go and it’s not over either.

“(Rachael didn’t say) a whole lot — she’s very disappointed obviously. Everyone is disappointed, as you would expect.”

Speaking to Racing TV, Alexander added: “It seemed to be business as usual, but they all get beat in the end unfortunately.

“She ran her heart out, she seemed to be going as good as ever and then she just emptied going over the last and was beaten.

“It doesn’t take anything away from what she has achieved, and she has taken me to races and competing in races that I could never have dreamed of doing. It just wasn’t to be today, and life goes on.

“I said to Henry just after she got chinned ‘I said in the paper you were a genius and you are still a genius, just not as much as a genius as earlier this week’. It’s disappointing, but it’s not the end of the world.

“When the race finished there was like a hush. I think everyone wanted to see her win and it was a bit strange really. She got a great reception and she’s a superstar who has been doing it for years and years. Who knows, maybe time has caught up.”

The question now is do connections call time on the career of their 12-time Grade One winner, who was eased to 6-1 from 4-1 by Betfair to achieve a Champion Hurdle hat-trick in the spring.

“He’s been unbelievable with this horse and he’s an unbelievable bloke and Rachael has been fantastic with her. Just today wasn’t to be.

“I’ll go up and have a few drinks and sleep on it. It’s up to Henry. She’s finished third in a Hatton’s Grace, but I do want to get her out safe and sound because she deserves that.

“But it is up to Henry. If Henry says in 10 minutes time that’s it, then that’s it, if he says we go again, we go again — he’s in charge. It’s really sad, all these people turned up and I really wanted her to win for Henry.”