Hook Head by a nose for Bolger and Manning 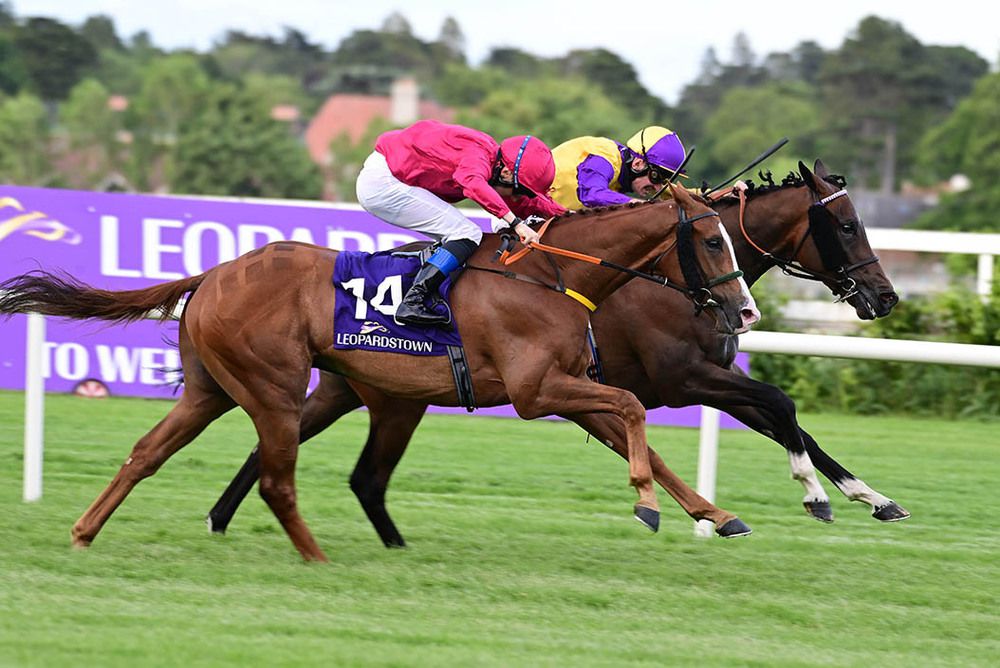 Hook Head (9/1) notched his second win of the season in the concluding Sandymount Handicap (45-70).

A winner at Navan in April, Jim Bolger’s charge raced in third before hitting the front over a furlong out.

He was being reeled in close home by the fast-finishing 5/2 favourite Lunar Power but got the verdict on the nod, with the margin of victory being a nose.

It was a good effort by the Fastnet Rock gelding to concede 23lb, including 19lb weight-for-age, to the well-backed runner-up.

When asked if he thought he had held on, winning rider Kevin Manning replied: “I didn't know to be honest with you. I thought the line had come in time but I genuinely didn't know.

“He was gutsy and he did it the hard way as he was on the pace the whole way and stayed grinding it out.

"It would have been unfortunate if he did get caught but he came out the right side of it which is great.”