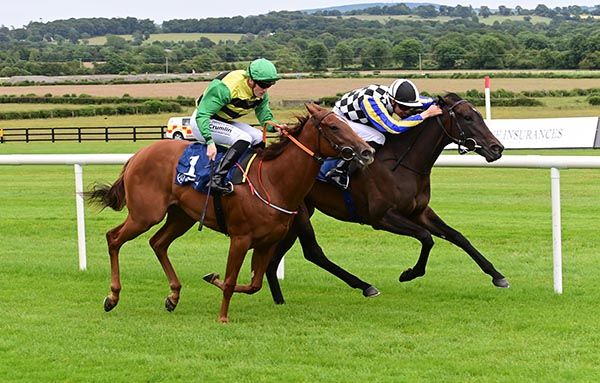 Seven pounds claimer Horgan quickly moved the daughter of Exceed And Excel to dispute the lead on the inside rail, despite being drawn 10, and in the final furlong used a hands-and-heels drive to fight off runner-up Arinniti by half a length.

Excelia carried maiden form of '544' into today's race and afterwards trainer O’Brien said “I thought Hugh gave her a great ride. He got to the front and when she got a little unbalanced, he but his stick down and held her together.

“She put her experience to good use.

“She could go to Tipperary for a Listed race next week and we’ll try and get some black type. She’s a quick filly and has done nothing wrong.”