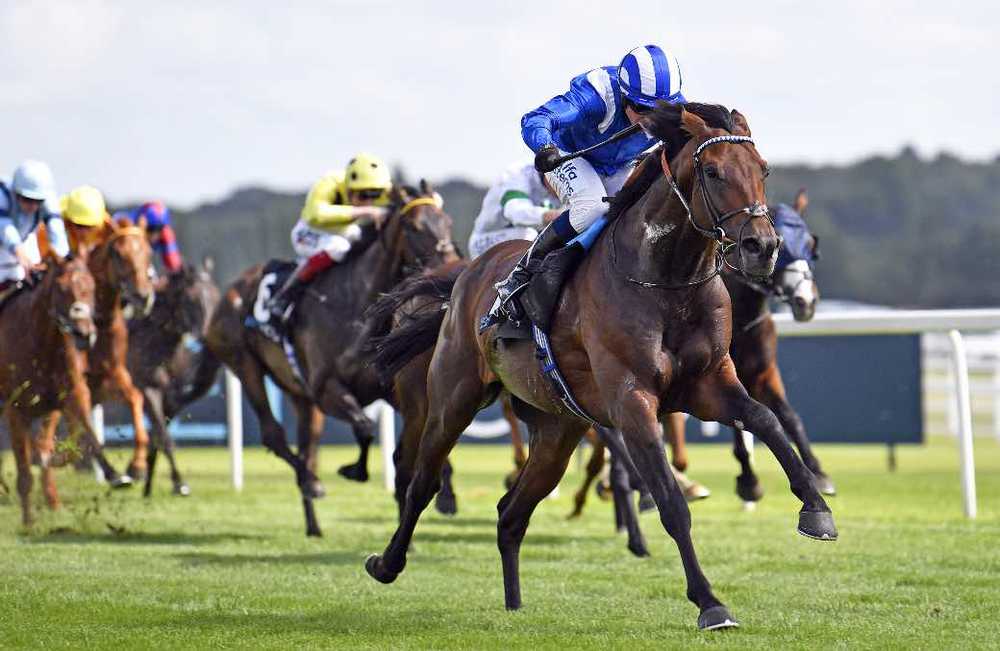 Owen Burrows’ Hukum is set to get his European campaign underway in the Group One Coronation Cup at Epsom.

The five-year-old signed off a successful and hugely consistent 2021 season with an impressive Group Three win in the Cumberland Lodge at Ascot, after which he was given a winter break before a couple of outings in Dubai.

A winner of the Group Two Dubai City Of Gold in early March, the Shadwell-owned bay was then seventh in the Dubai Sheema Classic later in the same month.

The horse is yet to run on home turf this term, but Burrows has him pencilled in to return to action in the Coronation Cup at Epsom on June 3.

“The plan is for him to go to the Coronation. Jim (Crowley, jockey) is going to come and ride him on Wednesday morning in his work and if we’re all happy, then that’s where we’ll go,” he said.

“We did confirm him for the Hardwicke just in case, but the plan is to go to Epsom.”

Burrows also trains Royal Ascot-entrant Minzaal for the same owner and is likely to send the colt to the Platinum Jubilee Stakes after his third-placed run on seasonal debut in the 1895 Duke of York Stakes.

The son of Mehmas was returning to the track after a 207-day absence and Burrows hopes he will improve from having had a run after facing some match-fit rivals who had been kept busy on the all-weather during the winter.

“He’s been left in today, we’ve confirmed him again for the Jubilee so that’s the plan now,” he said.

“I always felt it (York) was going to be needed, he was a bit rusty at home. We hadn’t been able to get him on the grass for four or five weeks but hopefully that’s knocked the cobwebs away.

“We’ve had a nice drop of rain since, so hopefully we can get him working on the grass and get him nice and tuned up.”

John Quinn’s Highfield Princess was a convincing winner of the race, coming home two and three-quarters of a length ahead of Karl Burke’s Spycatcher in second, with both horses favouring the rails side of the Knavesmire and leaving Minzaal slightly isolated in the final furlong.

“She (Highfield Princess) was impressive and she didn’t stop, we got a left a little bit there and the second horse was a bit away from us,” said Burrows.

“There were a few races at York that week, especially the sprints, where the winner was very hard to peg back.

“I was pleased though, I thought he would need it so we weren’t surprised and hopefully it’s knocked some of the rustiness off.”