Humble gets the job done on hurdling debut 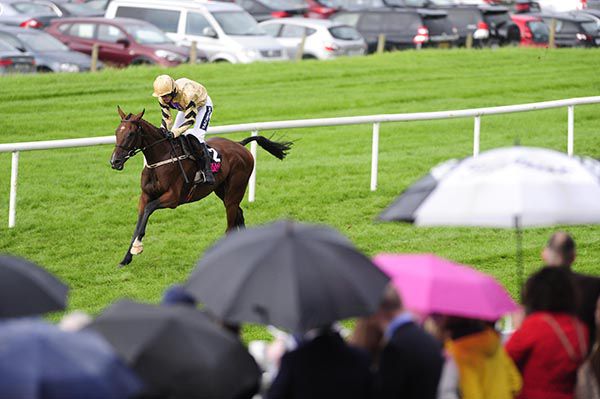 Successful in a point-to-point for Pat Doyle, the son of Beat Hollow made the breakthrough on his fourth start for current connections in a bumper at Downpatrick in June.

Making his debut over flights, he was settled behind the leaders by Walsh, improving into a share of the lead from three out.

He eased to the front before the last, and kept on well from there to beat Eimear (8/1) by eight and a half lengths.

"We hope he'll make a better hurdler than bumper horse and he should do as he jumped well," said Walsh.

A full-brother to Stay Humble's dam, Rosy Cyborg, won a bumper for Willie and Patrick Mullins here in 2007.

* A.W. Short, rider of Olive D'haguenet (FR) trained by I.Madden, reported to the Clerk of Scales that his mount hung left throughout.