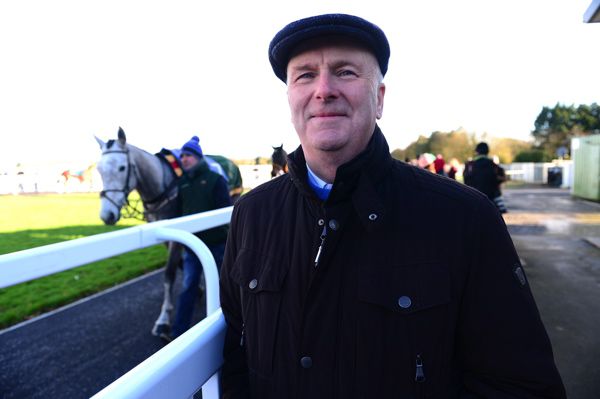 The Irish Horseracing Regulatory Board issued the following statement this evening following the decision of their Referrals Committee to suspend the licence of trainer Gordon Elliott for a total of six months:

involving trainer Gordon Elliott to suspend him for 12 months, of which the second six

months are suspended. Mr. Elliott was found in breach of Rule 272(i) which relates to the

Ireland is recognised internationally as being a world leader in the racing industry. This

success is based on the highest professional standards being followed by all participants.

Where rules are breached they will be dealt with rigorously, fully, and impartially by the

This case was heard by the Referrals Committee today, chaired by Mr. Justice Raymond

Speaking about the decision of the Referrals Committee, Denis Egan, CEO of the IHRB said:

the sport into disrepute, there are no winners, and in fact, the loss is to Irish racing with

damage to the reputation of the sport. Having acted with thoroughness and having followed

due process at all times, the IHRB team are satisfied that the case has been dealt with fairly

ago and ensured their investigation, presented today and with the support of our legal

team, was thorough, fair to the parties involved, and above all, focused on ensuring that the

integrity and good reputation of the sport is upheld.”

year in addition to sampling over 5,000 horses, regulating over 380 race meetings,

breaches that we uncover.

Mr. Egan added: “Ireland and its racehorse trainers, riders, breeders and workers are held in

of racing, none more so than to the staff employed by Mr. Elliott. We also see at first hand

unrivalled care, attention, and affection. Indeed, as part of the investigation into this very

case, an unannounced stable inspection of Mr. Elliott’s yard this week led to no concerns

about the welfare of the horses in his care, as has been the case during any other inspection

we carried out at his premises each year. In our opinion the incident covered in today’s

hearing is not reflective of Irish racing.”