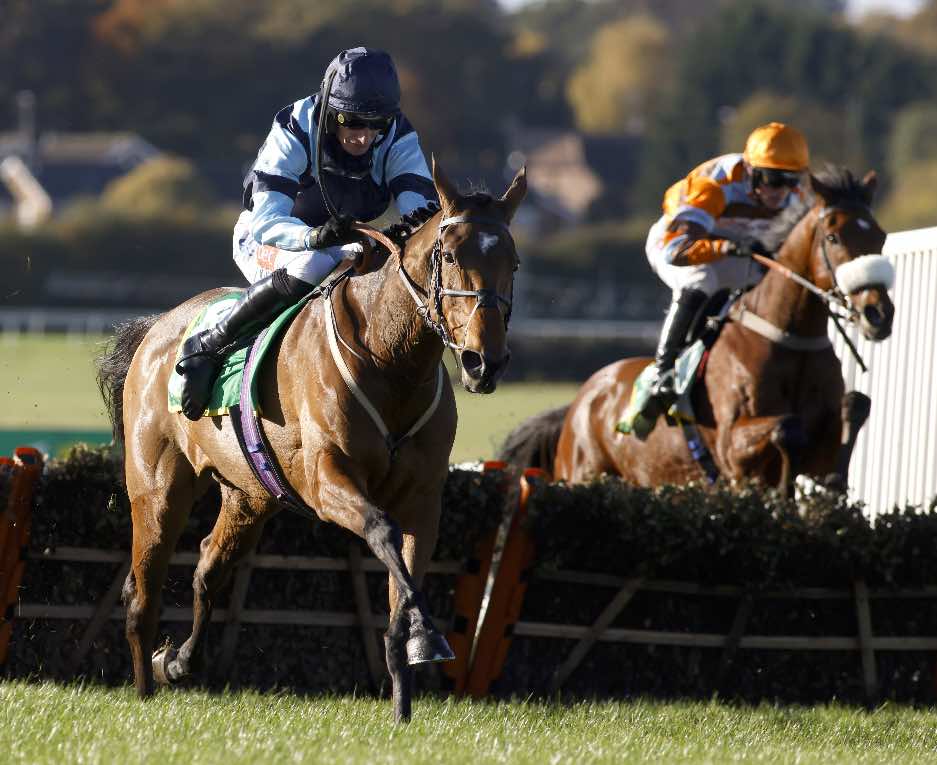 The untimely death of prominent racing and eventing veterinarian Terry Horgan on Sunday has put racing into perspective for trainer Paul Webber.

Horgan, who had 44 years’ experience as a vet (FEI), rider and owner, had lunch with Webber and owner Philip Rocher at Newbury on Friday, ahead of Indefatigable’s run in the Grade Two Ladbrokes Long Distance Hurdle.

On Sunday, the Irishman was killed in a tragic accident, which is under investigation by Thames Valley Police.

Webber said: “Terry Horgan was a prominent horse racing vet and was very well known in the eventing world.

“So, what happened to Indefatigable on Friday pales into insignificance.”

Indefatigable, winner of the Grade Two bet365 Hurdle at Wetherby on her penultimate start, was last of six to Thomas Darby at Newbury and while she holds an entry in the Grade One Long Walk Hurdle at Ascot, the Mollington-based trainer may instead head elsewhere with the eight-year-old.

Webber said: “Nothing has come to light. From the moment Daryl (Jacob) got on her, he said she didn’t feel like the filly he’d rode at Wetherby at all. She had passed all her pre-race stuff and had been pleasing us at home.

“We’ve been through with a fine tooth comb — she has been scoped, we have checked her blood, checked her ovaries — and she cantered very nicely this morning (Tuesday).

“She just didn’t seem to want to be at the races on Friday for some reason. It is impossible to put one’s finger on it.

“She is in the Long Walk Hurdle, but she has been dropped 3lb, so it might be more sensible to go back to Cheltenham, which is a track she has always done well at, in a mares’ handicap hurdle on December 11. That is a possibility.

“It was just one of those days. When you hear news like we did about Terry, racing is so incidental.”

Horgan’s death has cast a shadow over the equestrian community in and around Oxfordshire and Buckinghamshire, where he was based.

Julia Horning, who owns Classic Dressage International, a company that purchases and trains dressage horses, has known Horgan for over two decades.

She said: “Terry was based in Buckinghamshire, and worked for himself.

“He has been our vet for 20 years. He had an illustrious career as a horse rider when he was a young man — he rode around Badminton and was on the Irish team — and he was a proper horseman.

“He worked for a practice for many years and worked for himself for the past two years. It was an accident and is in the hands of the police.

“It is a great loss for hundreds of people that used him and had a relationship with him. He was a very kind, generous and knowledgeable person. It is a tremendous loss.”

“Sadly, a man in his seventies died at the scene. His next of kin has been informed.

“The death is not being treated as suspicious. Enquiries are ongoing to establish what happened and a file will be prepared for the coroner.”