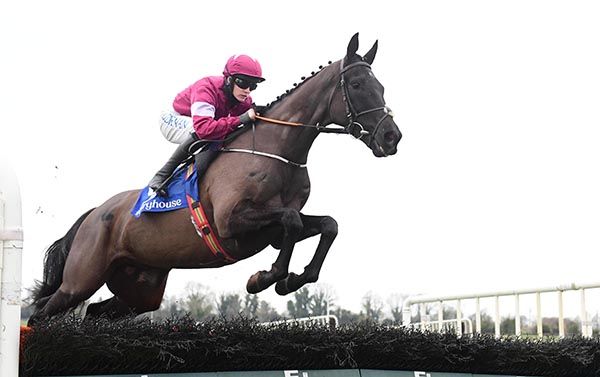 The Henry de Bromhead-trained Innovated stayed on stoutly to open his account at the third time of asking in the ITM Stallion Trail Maiden Hurdle at Fairyhouse.

The Gigginstown gelding had been fifth on his return to action at Navan last month and took after step forward this afternoon.

Rachael Blackmore let her mount stride on into the lead going to the third last flight and he found plenty for her in the closing stages.

The 4/1 shot was chased by 5/4 favourite Whowonthetoss turning for home but always looked to be holding that rival and despite dragging his hind legs through the last galloped on strongly for a two-and-a-quarter length win.

Blackmore said:- “It was a great step up on his first run this season in Navan. He’s a lovely big horse and he should stay further.

Dettori on sidelines in Dubai after testing positive for Covid

Frankie Dettori will spend a short spell on the sidelines after testing positive for Covid-19.

Colonel Mustard will step back into Grade One company for his next outing before being aimed at either the Supreme or Ballymore Novices’ Hurdle at the Cheltenham Festival.