Its All Guesswork for Elliott and Russell! 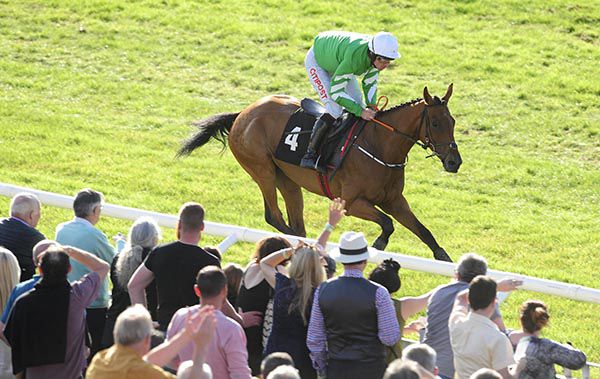 Its All Guesswork ran away with the three mile maiden hurdle in Bellewstown for Gordon Elliott and Davy Russell.

The five-year-gelding made it three on the card for Elliott and two for Russell.

He sized up the two horses in front of him - Go Another One and Sweet Shirleen - at the third last and thundered away from them after jumping it.

The 7/4 shot was clear of Go Another One at the second last and eased home by nine lengths from the 11/10 favourite. Winter Berry completed the placings in third at 66/1.

"I schooled him over fences as a three-year-old so he should jump a little bit better. He's a little bit clumsy and he can do nothing but improve."

Gordon Elliott added: “He's a nice horse and I thought I would have won a race with him before now.

“I'd say the step up in trip suited him and I'd say he'll win plenty of races. He might like a bit of better ground as well.”